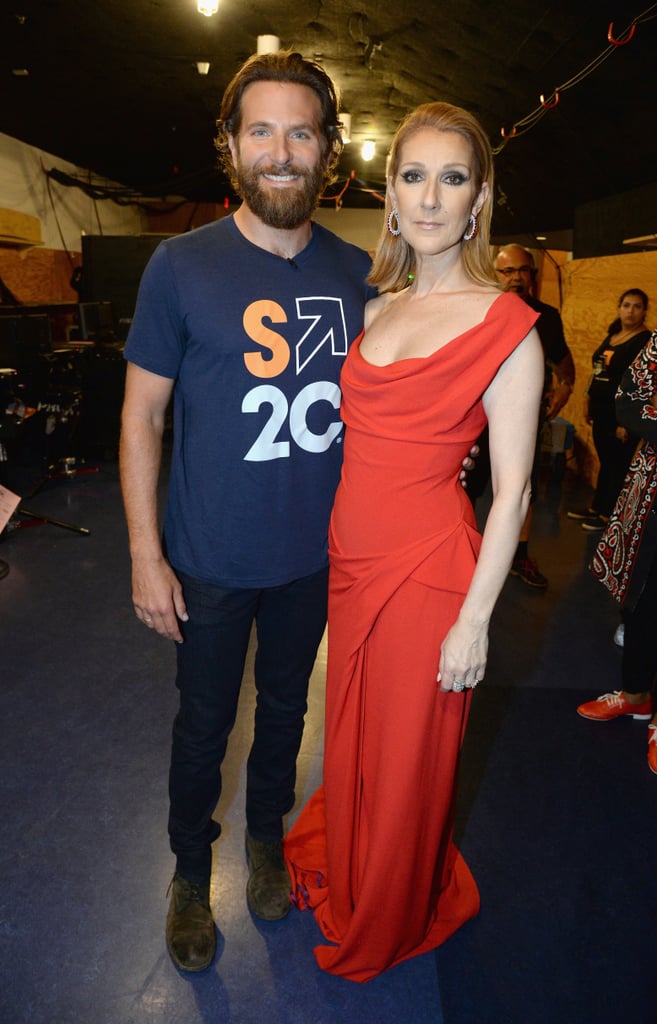 Celine Dion lost her husband of 22 years, René Angélil, to throat cancer in January, and on Friday, she paid tribute to him in a really beautiful way. The singer attended the Stand Up to Cancer event at the Walt Disney Concert Hall in LA, where she mingled with Bradley Cooper, answered phones, and showed off a t-shirt that paid tribute to her family. Shannen Doherty, who is currently battling breast cancer, was also in attendance.

Celine's appearance is just the latest thing she's done to honour her husband's memory. After opening up about being "at peace" with René's death, she also dedicated her Icon Award to him after putting on an emotional performance at the Billboard Music Awards in May.