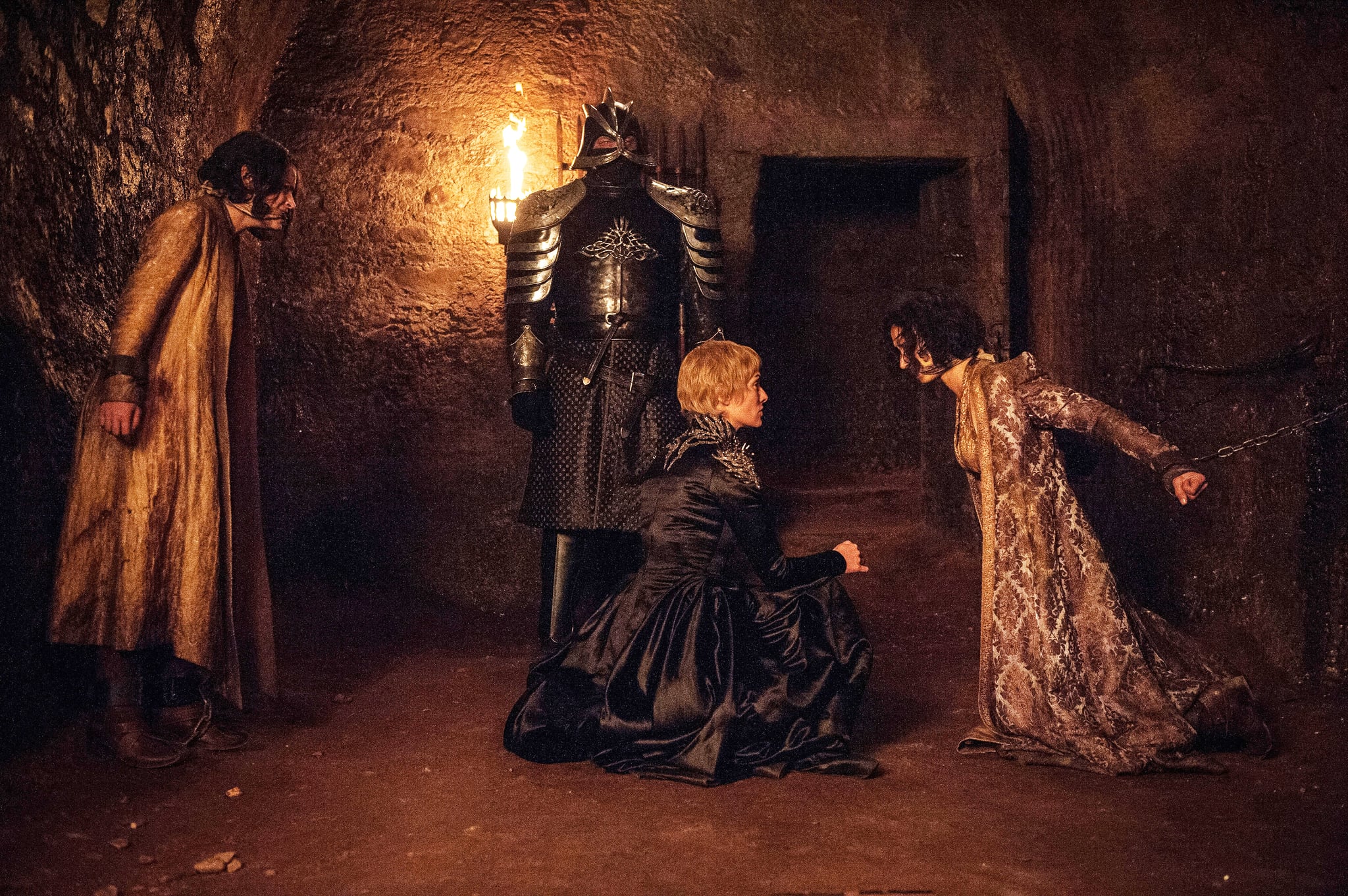 Warning: the following contains spoilers for season seven of Game of Thrones.

Let's get one thing straight from the get-go: Game of Thrones's Cersei Lannister is an evil maniac. She's hellbent on revenge, not hesitating to kill thousands of people in order to get revenge on a select few. However, when we call her "The Mad Queen," we're not just referring to this level of royal craziness; it's a reference to one of the Iron Throne's former occupants, the famously cruel "Mad King" Aerys II Targaryen.

After blowing the Great Sept of Baelor sky-high in the show's season six finale, fans began drawing comparisons between Cersei and Daenerys Targaryen's father due to her use of wildfire. But it is her revenge against Ellaria Sand in season seven that proves Cersei has transformed into a Mad Queen in her own right. To understand this, we must first journey back to an era before the show's timeline even begins.

Cersei has transformed into a Mad Queen in her own right.

Back when the Mad King Aerys still sat on the throne in King's Landing, Ned Stark's father, Lord Rickard, and older brother, Brandon, journeyed to confront the ruler over the acts of his son, Prince Rhaegar. Rhaegar "kidnapped" Ned's sister Lyanna and swept her away from the family, so Brandon and Rickard demanded that King Aerys intervene. But because of his own madness and cruelty, Aerys decided to take their lives instead.

The dragon king didn't simply perform a basic execution on the two Starks, either — he tortured them both. In the story told in the A Song of Ice and Fire books, he tied a rope around Brandon's neck and set a sword just out of reach, so that the eldest son strangled himself to death while trying to stop the king from roasting Rickard alive with wildfire. The death was brutal and sadistic: as he burned to death inside his plates of armor, Rickard watched his son die trying to save him, and as Brandon choked to death, the last thing he saw was his own father being consumed by wildfire. It is this final, insane act by Aerys that then sparks young Robert Baratheon and Ned Stark to wage war against the king in what comes to be known as Robert's Rebellion.

You can see where this is going, right?

When Cersei enacts revenge against Ellaria Sand in the most recent season, she does it in a way that's eerily reminiscent of the Mad King's method. After kissing Ellaria's daughter with poisoned lips, Cersei calmly explains to the Dornish woman that she has shackled her just out of reach from her daughter so that she is forced to watch her die slowly and painfully. However, unlike the Mad King, Cersei takes it a step further by forcing Ellaria to stay alive, watching her little girl's corpse decay, all the while held just out of reach. We wouldn't be surprised if Ellaria maims herself in the struggle to reach and comfort her daughter, which adds to the f*cked-up-ness of the whole situation.

Wild, right? Cersei has officially crossed over into the realm of cruelty and chaos, taking cards directly out of Aerys's book. But will Jaime, who made a name for himself as a kingslayer for killing the mad ruler before Cersei, have the strength to recognise — and put a stop to — his twin sister's descent into madness? Only time will tell.

Line of Duty
Who is DCS Patricia Carmichael on Line Of Duty?
by Lucy Wigley 42 minutes ago