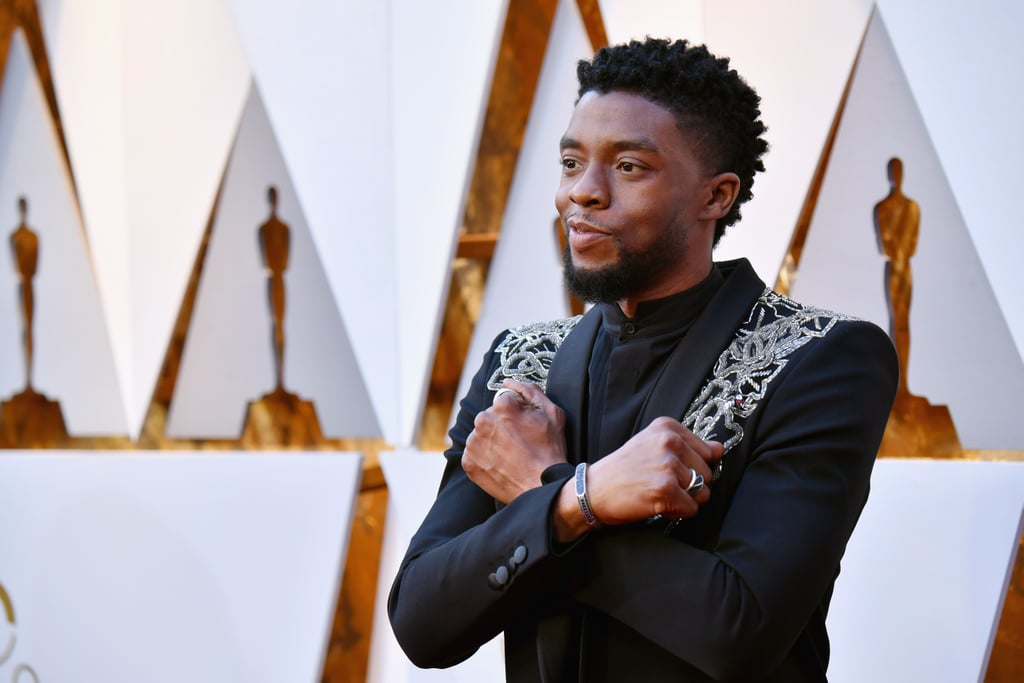 Chadwick Boseman, also known as "superhero bae," brought his good looks and his Wakanda pride to the 2018 Oscars. The 40-year-old Black Panther star and presenter at this year's show was mid-interview with ABC's Michael Strahan when he preached a loud "Wakanda forever!," throwing his arms up in the film's signature badass gesture, seen below.

A loud #WakandaForever from Chadwick Boseman on the #Oscars red carpet. #BlackPanther pic.twitter.com/WiEocdRQUs

It looks like Chadwick was inspired by his character T'Challa's wardrobe for his super classy and royal ensemble. In addition to shouting out during his interview, he threw up the nation's sign while numbing us with his handsome smirk on the red carpet. Read on to see Chadwick's photos at the Oscars and see why he's not only the king of Wakanda, but the king of award shows as well.

Related:
Every Dress That Came Down the Oscars Red Carpet Was Undeniably Captivating
Previous Next Start Slideshow
Chadwick BosemanBlack PantherOscarsRed Carpet
Around The Web

Award Season
Chadwick Boseman's Wife Accepts His Golden Globe: "He Would Say Something Beautiful"
by Kelsie Gibson 3 days ago