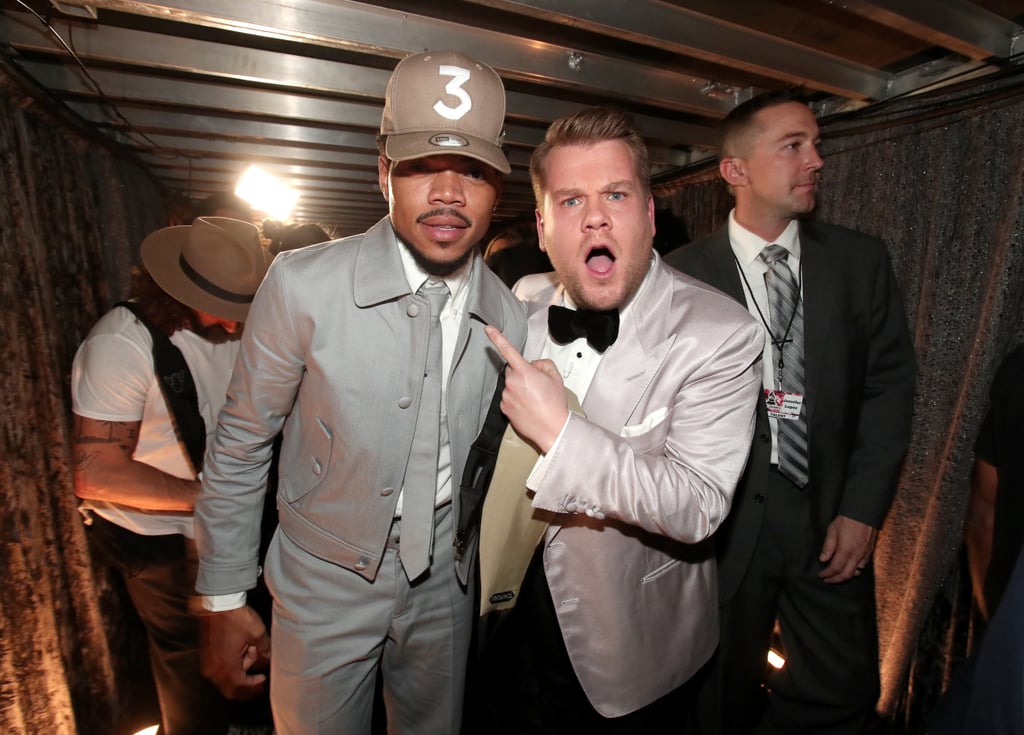 Saying Chance the Rapper had a huge night at the Grammys on Sunday would be an understatement. The "No Problem" singer took home not one, not two, but three trophies for best new artist, best rap album, and best rap performance and killed his performances of "All We Got" and "How Great." On top of all that, the Chicago rapper also mingled with some of the biggest stars at the Grammys. He got a hug from Jay Z and Beyoncé (who had her own big night), hung out with James Corden and Rihanna, and spoke with legendary producer Quincy Jones at a GQ afterparty held in his honour. At just 23 years old, Chance is already taking over the music industry, and we couldn't be more excited.