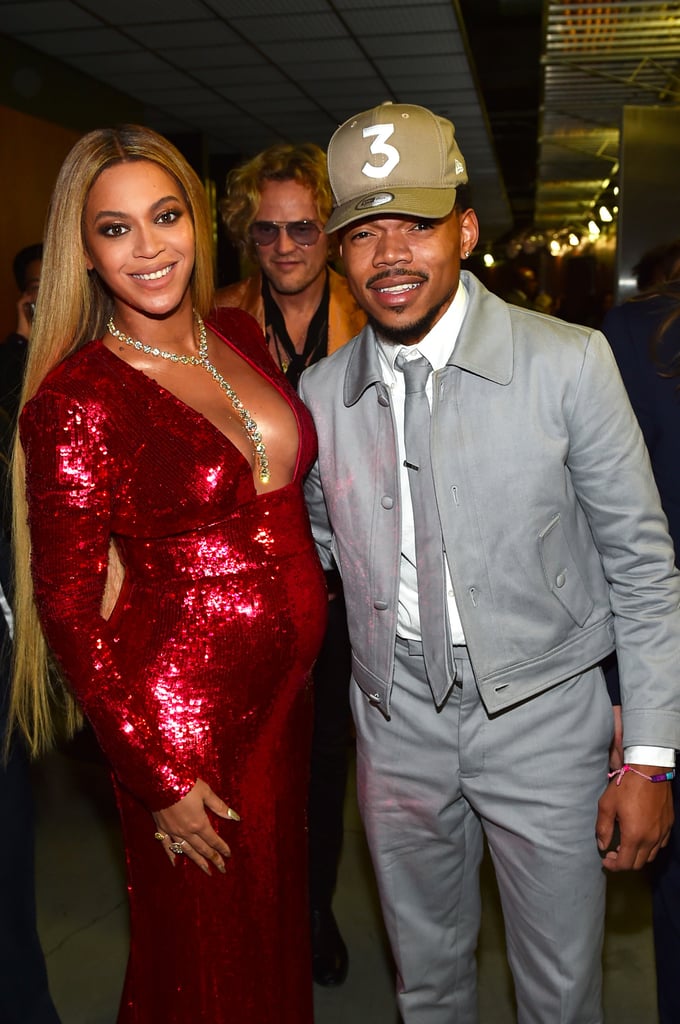 It has certainly been a big night for Chance the Rapper. After taking home the award for best new artist at the Grammy Awards, he managed to nab two extra awards for best rap album and best rap performance during the show, but nothing compares to his sweet interaction backstage with fellow Grammy winner Beyoncé. After adorably freaking out over the "Formation" singer at the MTV Video Music Awards last year, the rapper managed to keep his cool as the two posed together backstage. In the words of Drake himself, he started from the bottom, now he's here.