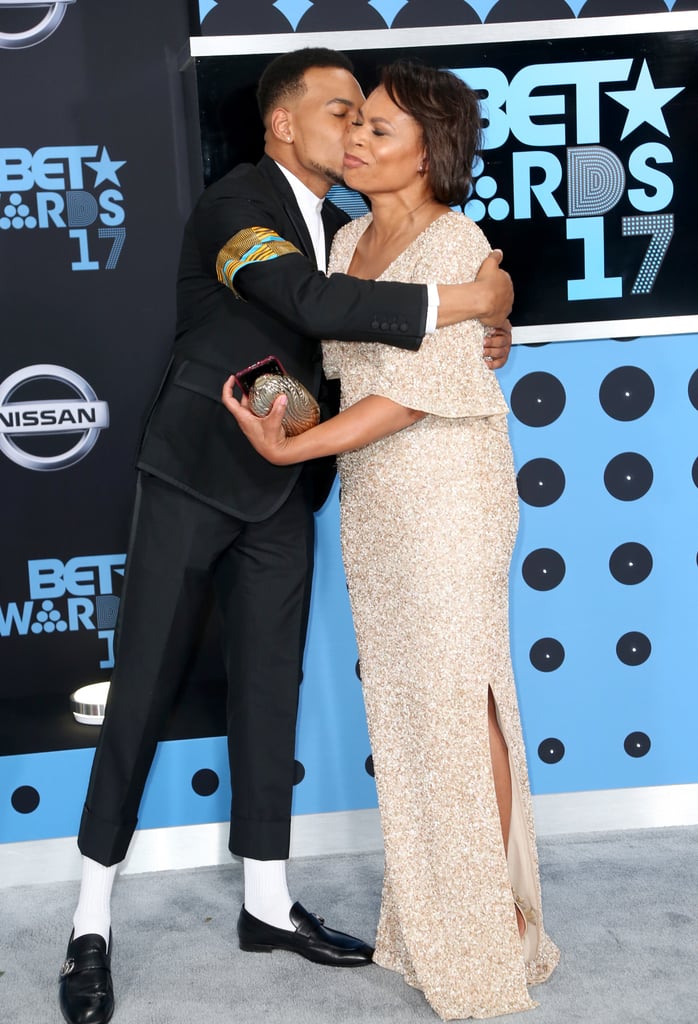 Chance the Rapper's first time at the BET Awards was truly a night to remember. In addition to channelling Michael Jackson in his black suit and matching armband, the 24-year-old musician had the support of his mum, Lisa Bennett, ahead of his big night. While there was no sign of his adorable daughter, Kensli, Chance made the most of the fun outing with his mum by hitting the red carpet together and giving each other kisses on the cheek in the audience. Chance was later honoured with the humanitarian award for his recent philanthropic efforts and received a special message from none other than Michelle Obama.