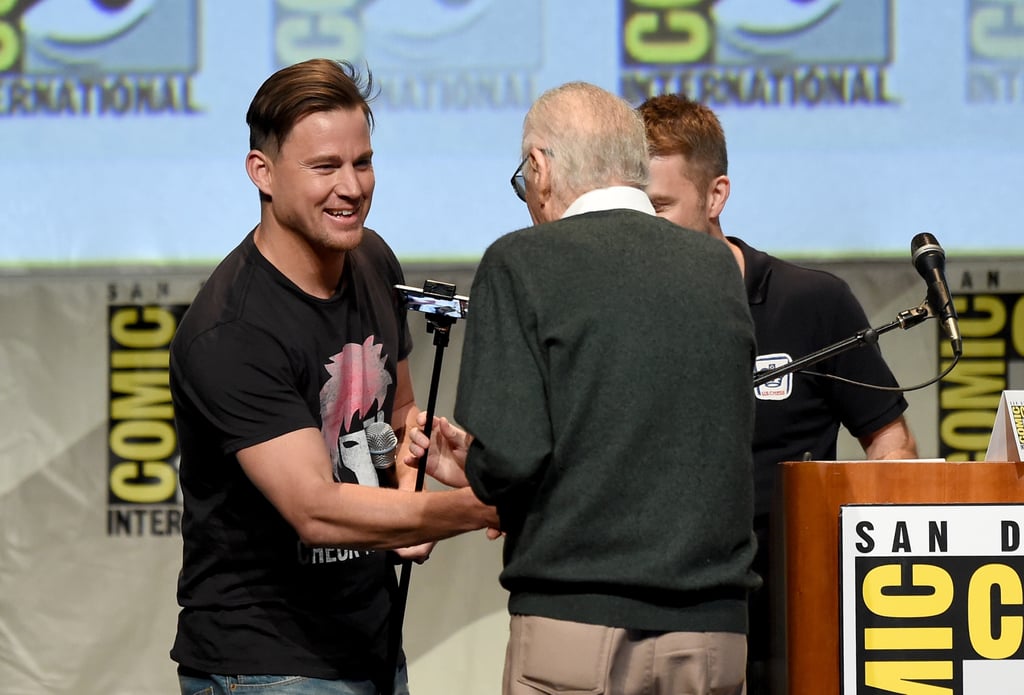 If you thought that your love for Channing Tatum had already reached maximum capacity, think again. The Magic Mike XXL star attended Comic-Con last weekend and, besides putting his smouldering good looks on display, he also revealed his softer side. When the casts of X-Men: Apocalypse, Fantastic Four, and Deadpool came out on stage to take the most amazing superhero selfie ever, Stan Lee, whose movie credits include Thor and Avengers: Age of Ultron, made a surprise appearance and joined them. While the packed stage recovered from their epic snapshot, Channing, who is set to play Gambit in Fox's upcoming film of the same name, graciously helped 92-year-old Stan off the stage. Keep reading to see more of the adorable moment, then check out the hottest guys who graced Comic-Con this year.