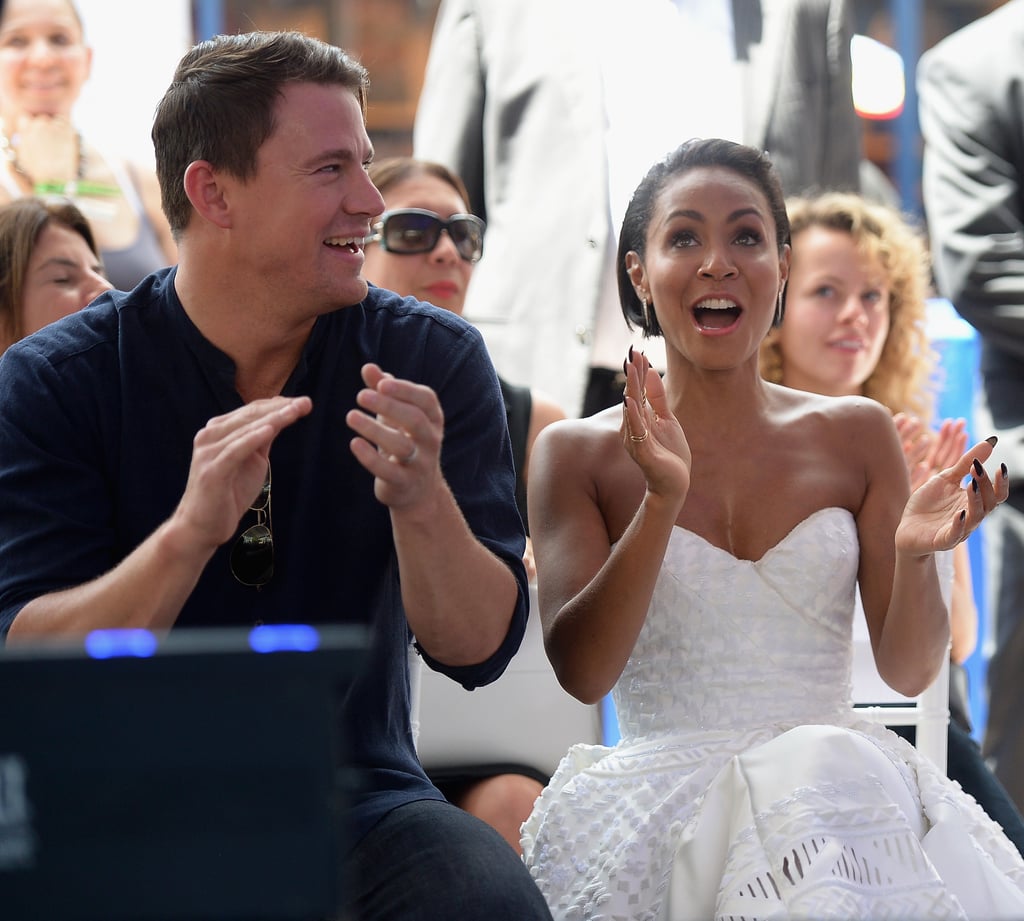 If Channing Tatum Is Magic Mike, Then Jada Pinkett Smith Is Lady Luck

Jada Pinkett Smith was one lucky lady as she let loose with her Magic Mike XXL costars in Miami on Wednesday. The actress, who stars in the much-anticipated sequel as the owner of a strip club, was flanked by her handsome castmates — Channing Tatum, Joe Manganiello, Matt Bomer, and Adam Rodriguez — as they were all honoured with stars on the official Miami Walk of Fame; Jada is the first-ever female to be inducted into the display.

After posing for photos, Jada hopped into her emcee role by introducing the guys to the stage; they entered one by one by walking (and in Channing's case, dancing) down the runway, then took their seats to watch a show. Channing later shared an Instagram video of him and Joe crashing a party in the city as Ginuwine's "Pony" played, writing, "You gave us keys to the city, so we had to drop in and give you some #MagicMikeXXL love. Thank you Miami!" It's the latest stop on the cast's promo tour this week, as Channing appeared on The Tonight Show Starring Jimmy Fallon in NYC, and Jada was surrounded by shirtless hunks while hosting a screening of the film in Atlanta. Keep reading to see Channing, Jada, and the rest of the Magic Mike XXL cast living it up during their star ceremony.