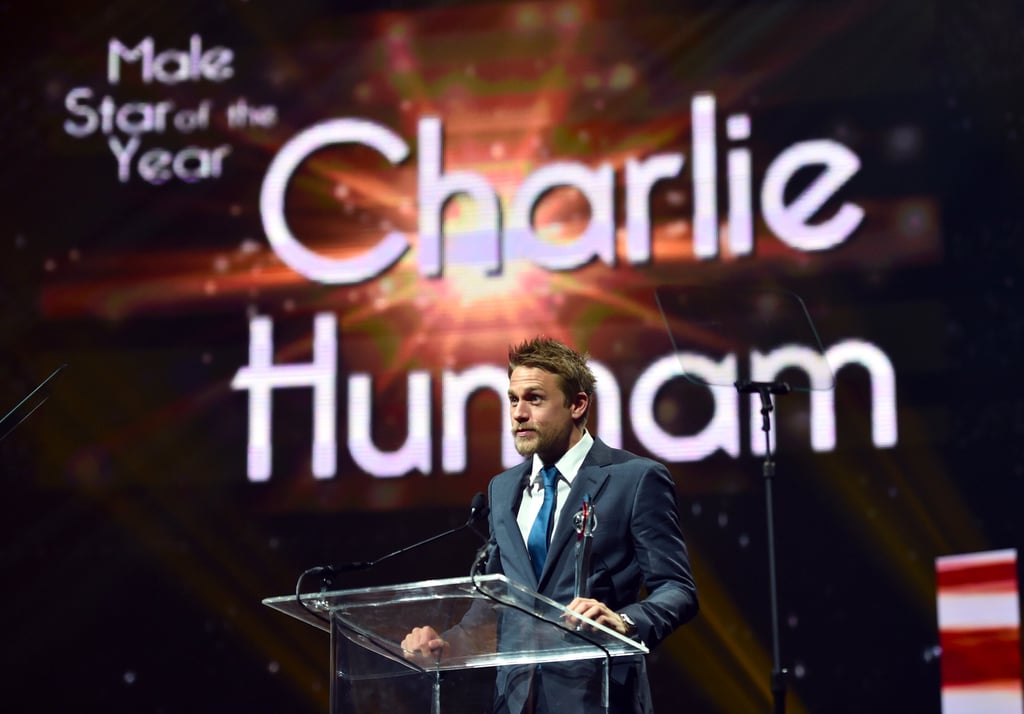 Seeing Charlie Hunnam in Las Vegas suddenly makes us realise why they call it Sin City, because we're currently battling inappropriate thoughts. ANYWAY . . . The Lost City of Z actor popped up at CinemaCon's Big Screen Achievement Awards at Omnia Nightclub at Caesars Palace on Thursday night. After hitting the red carpet in a sharp suit (and showing off those piercing eyes), Charlie headed inside to accept his award for male star of the year. While we would have slightly tweaked that title to "male star of our lives," he looked very pleased nonetheless. Charlie was being recognised for his starring role in King Arthur: Legend of the Sword, and after he got his hands on his trophy, he seemed determined not to let it go. We understand that feeling very well, Charlie. We do.