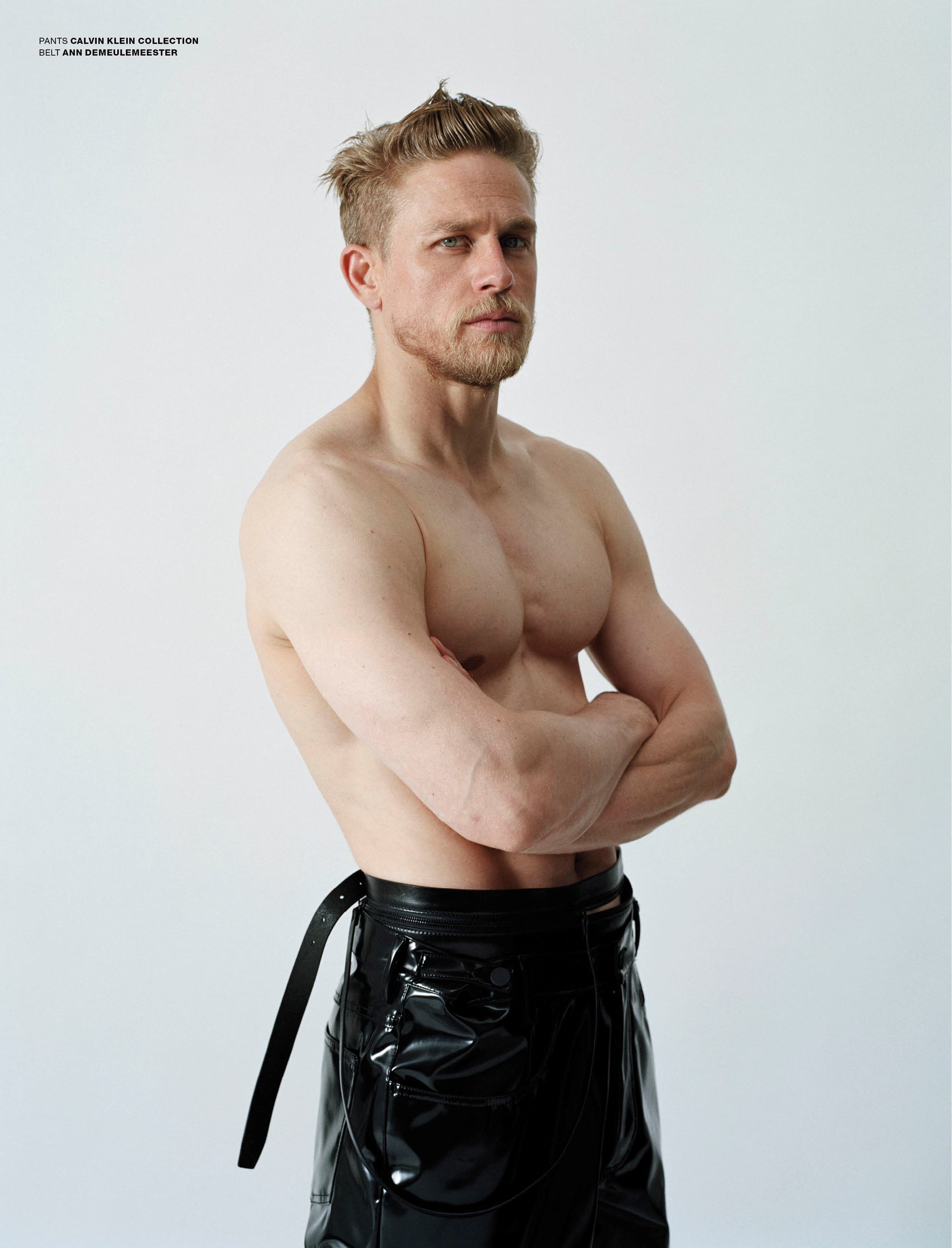 Since dropping out of Fifty Shades of Grey shortly after being cast as Christian Grey in the racy movie, Charlie Hunnam has remained adamant that his exit was due to scheduling issues. He's not changing his tune, but in the new issue of V Man, he opens up a lot more about that period of his life. The quotes are below, but be warned that there are some Sons of Anarchy spoilers!

In case you're wondering, that last quote refers to his stint on the UK's Queer as Folk, in which he was in a relationship with Littlefinger from Game of Thrones. Check out all the steamy pictures from his V Man shoot here!