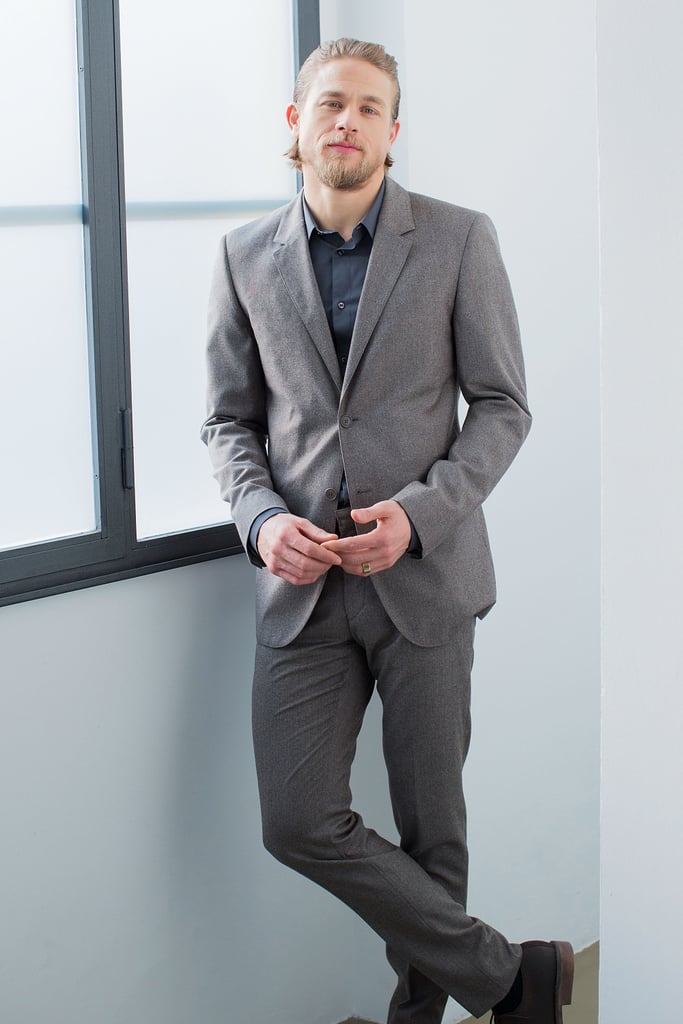 Charlie Hunnam suited up to sit front row at the Calvin Klein show during Milan Menswear Fashion Week over the weekend. While watching the show, Charlie was all smiles, and he looked runway-ready himself when he posed for pictures. Later, the sexy star also stepped out for the Calvin Klein dinner, sporting yet another dapper look when he linked up with Creative Director Italo Zucchelli for photos. Over the Summer, Charlie stripped down for the campaign launching Calvin Klein's women's fragrance, Reveal, alongside model Doutzen Kroes, and he's also the face of Calvin Klein's Reveal Men campaign.

The actor's overseas trip comes after last week's news that Charlie will star in American Drug Lord, teaming up with American Sniper screenwriter Jason Hall for a film based on the true story of a high school football player who gets caught up in the drug trade. Take a look at where you can see Charlie and the rest of the Sons of Anarchy cast next, and don't miss the 22 sexiest pictures of Charlie Hunnam.