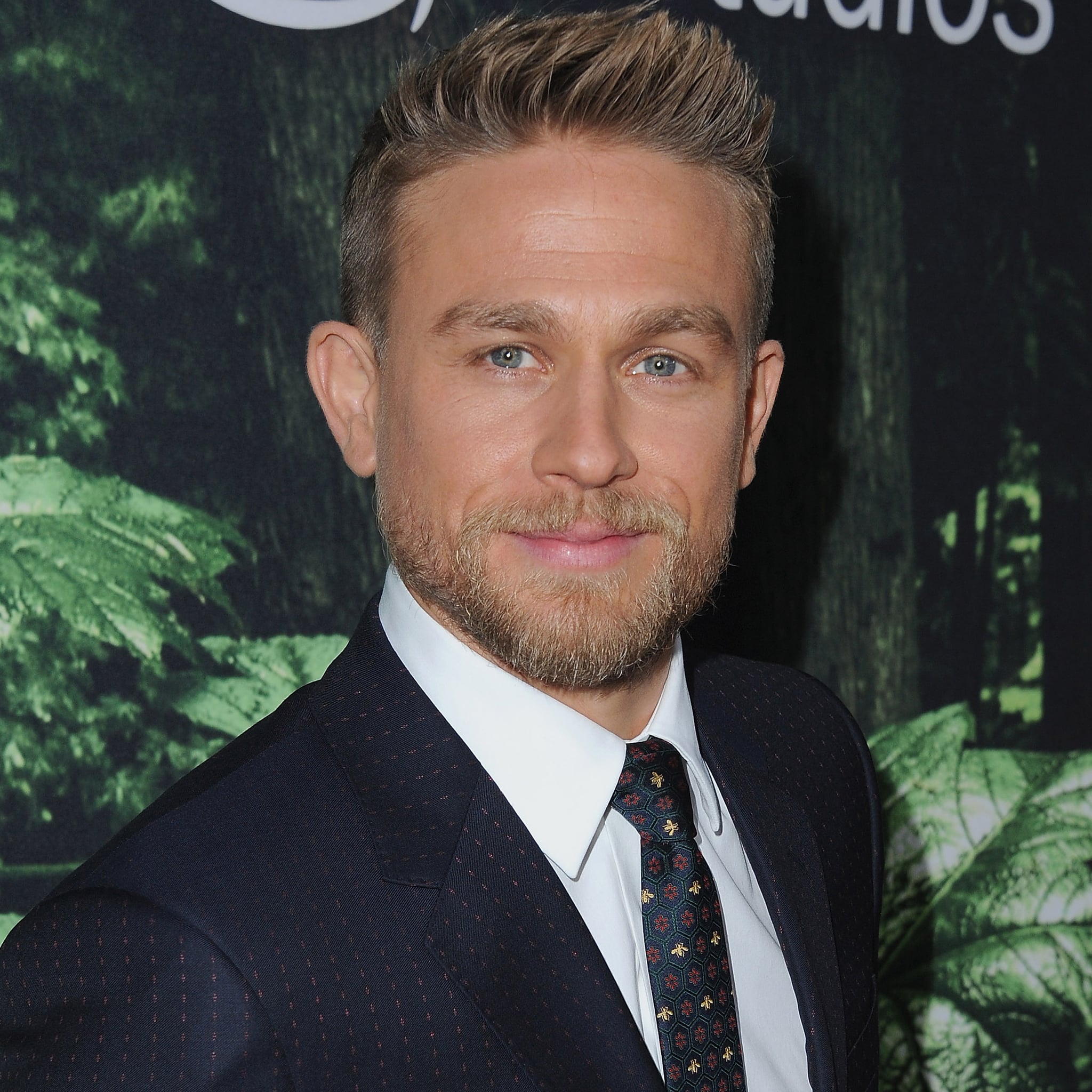 Charlie Hunnam is dancing within seconds of our introduction. "I just invented a POPSUGAR dance," he says. "Do you want to see it?" I tell him that I absolutely do, of course, and soon he's half bent over while punching the air with both arms, doing what can best be described as a victory dance.

When I admit that I'd kill to have his moves on video, he just laughs, taking a seat at our small table and sitting back in his chair, ready for what must feel like the millionth interview of the week.

If anybody deserves a victory dance right now, it's Hunnam. The 37-year-old actor is in the midst of a jam-packed press circuit as the star of two of Spring's most buzzed-about movies, King Arthur and The Lost City of Z. We meet during a press junket for the latter, a sweeping film about British explorer Percy Fawcett, and when he tells me that it's been a busy two months, I know that's quite the understatement.

The Lost City of Z is based on a book by the same name from author David Grann. Set in the early 1900s, the movie follows the true story of Lieutenant Colonel Fawcett and Henry Costin (Robert Pattinson), who trek to the Amazon and find evidence of a previously unknown civilisation. Fawcett's adventures, while thrilling, come at a cost, as he and his wife (Sienna Miller) both grapple with the sacrifices they're forced to make in the pursuit of Fawcett's dreams. 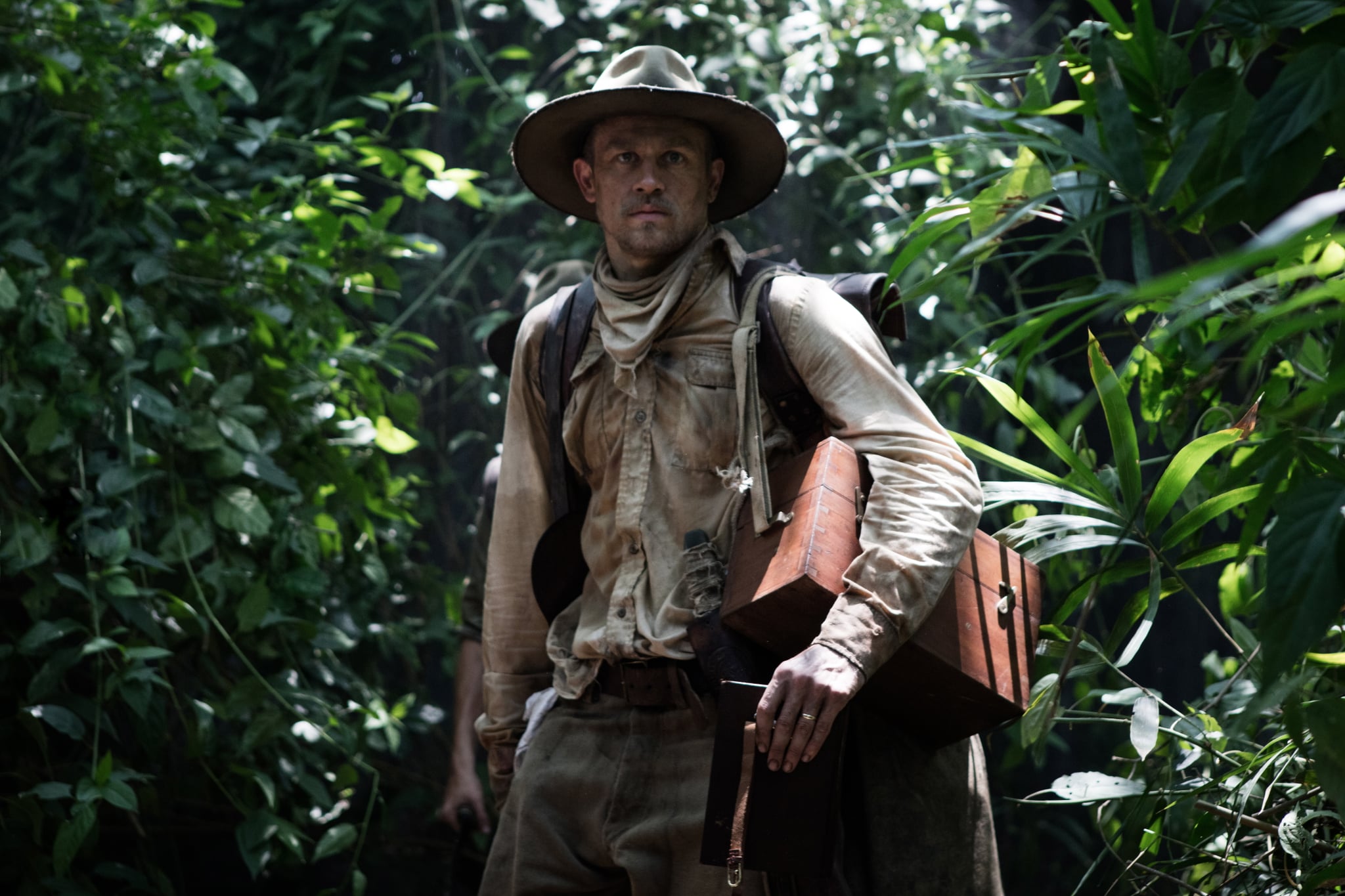 To prepare for the role, Hunnam chose to make a few sacrifices of his own. "I decided I needed to sort of suffer," he tells me. "I was a bit worried about everything that was going to be required for me in this film, so I wanted to do everything I could to cut down on the amount of acting required so I could just feel the experience."

That translated to cutting himself off completely. He didn't speak to his girlfriend of 12 years, Morgana McNelis, for four months. He also didn't send any emails, make any phone calls, or go on the internet.

"I would just fantasise about being home, cuddled up in bed with my girlfriend and my cat."

He starts to laugh a bit. "In those moments, I would just fantasise about being home, cuddled up in bed with my girlfriend and my cat."

I ask the important question: "What's your cat's name?"

"George," he says, breaking into a half-grin that's almost shy.

That's how our conversation continues to see-saw, shifting from heavy to light in an instant, then back again. With quiet confidence and a loud laugh, Hunnam is charming. He's a thoughtful, comfortable conversationalist, and a great storyteller.

Related:
30 Things You May Not Know About Charlie Hunnam

He gets animated when I bring up a particular moment in the movie that captured my attention, one that happens to be a shot that he suggested himself. In the first half of the film, Fawcett and his crew are travelling along the river when a tribe starts to attack them with arrows. Fawcett holds up his journal to block one of the arrows, and in a dreamlike moment, the scene briefly flashes to his family.

"I really love that that resonated with you," Hunnam says. "If I contributed any single moment to the film, it is that moment. I had always thought that we needed to have a moment where Fawcett recognised the sacrifice that he was making and decided to move past that, cognisant of what he was risking." 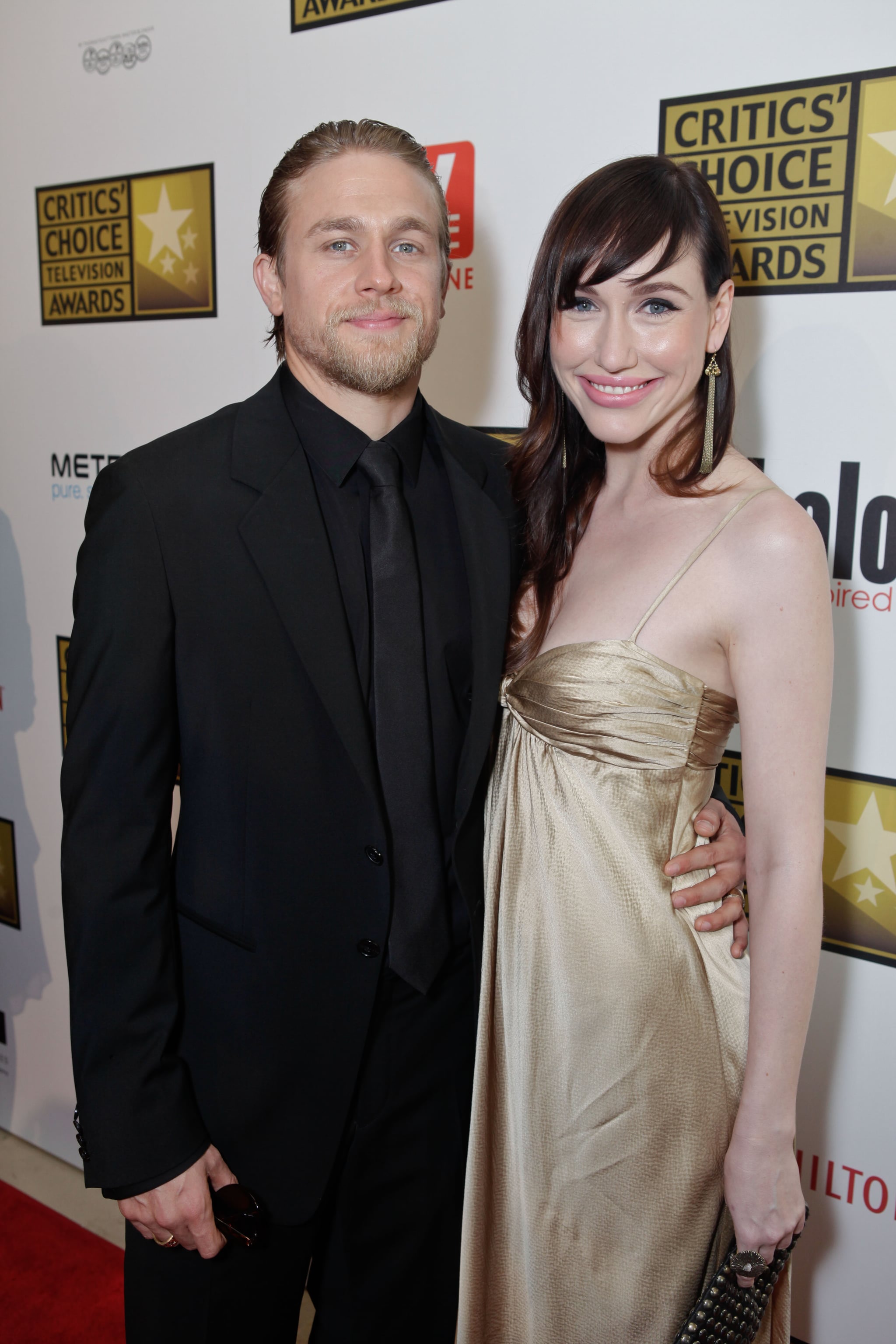 That notion of sacrifice — of balancing family life with a dream — is one of the strongest undercurrents throughout the movie. In other interviews, Hunnam revealed that the theme prompted him to think about his personal life and a desire to have kids.

I ask him about wanting children, wondering whether it was something that he tapped into while playing Fawcett, a father of three, or if it was a more natural thing.

"I probably hadn't been nourishing my personal life as much as I should have been."

"A little bit of both," he explains, recalling how he felt when Sons of Anarchy wrapped after seven seasons in 2014. "As a natural reaction to finishing something that was so significant, I was taking stock of my life and realising that a lot of time had gone by and I'd gotten older and that I probably hadn't been nourishing my personal life as much as I should have been."

Then came The Lost City of Z, and Hunnam says that one of the "deeply personal themes" director James Gray wanted to put in the film was that sense of conflict: "how you balance life when you're lucky enough to have identified something that makes your life make sense and gives you a significant purpose." He adds, "I was already thinking about it, but then obviously through the narrative and some of the thematics of this film, it came into much clearer focus." 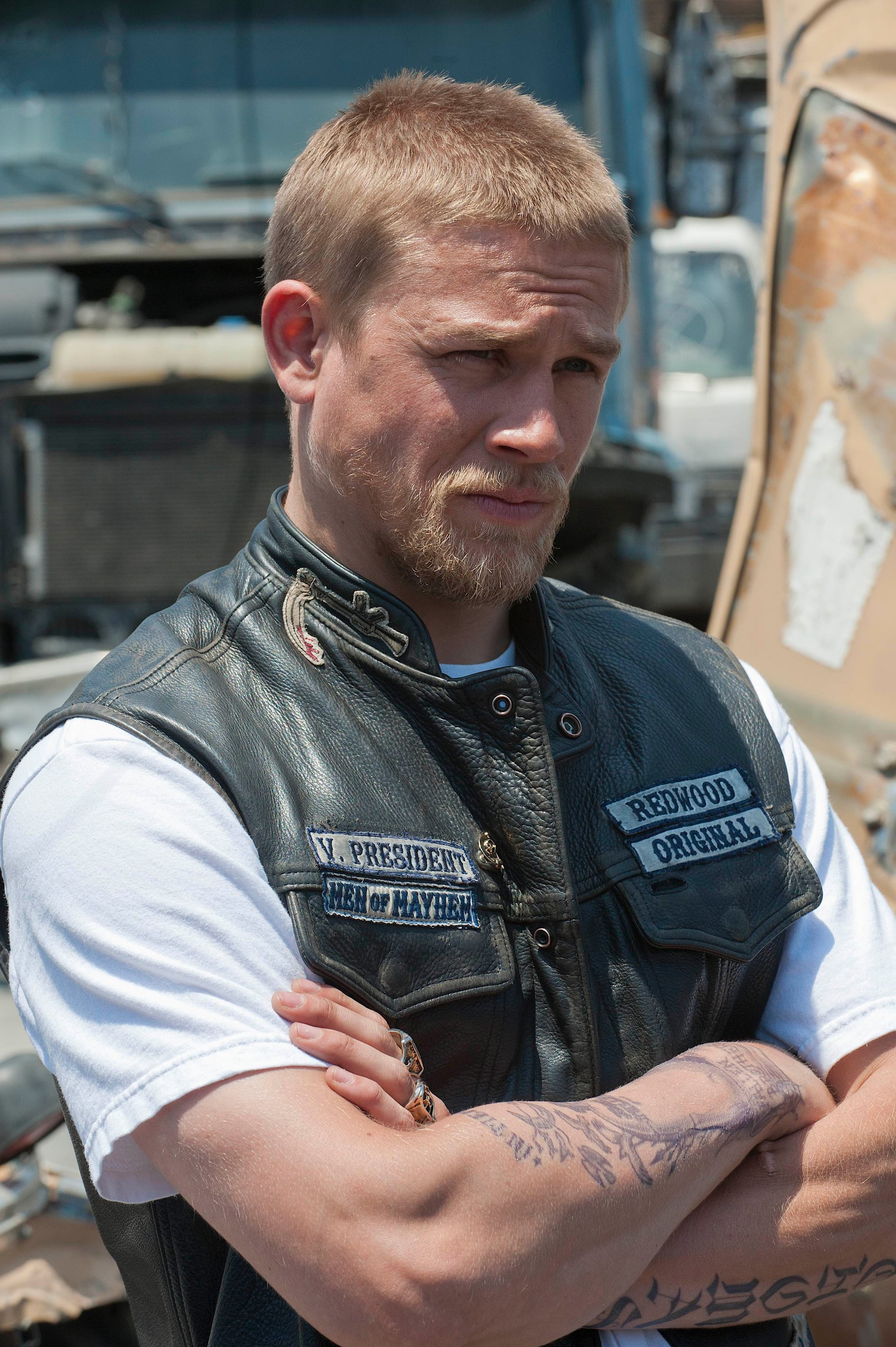 Here's where I tell Hunnam that I'm actually a die-hard Sons of Anarchy fan. I compare his Sons character, Jax Teller, to the two that will be hitting the big screen this Spring. "Between Jax, Percy Fawcett, and King Arthur," I ask, "Who would you want to have a beer with?"

A huge smile. "I think I can narrow it down immediately to Jax and Percy Fawcett. It's incredibly difficult."

I'm curious: why a year with Fawcett?

"Because I just like his sensibility and the journey that he was on and what he was reaching for," Hunnam explains. "I had an enormous amount in common with Jax as a younger man, but as I'm now not as young as I used to be, I feel like I would have much more in common with Fawcett. The time we spent would be a little easier and more fulfilling."

My mind flashes back to some of the most darkly memorable Sons of Anarchy plot points. Yeah, that makes sense.

I tell him that I actually watched Undeclared, too, a show from the early 2000s that also starred Seth Rogen and Jay Baruchel. In it, Hunnam played Lloyd, a British college student who had no problem capturing women's attention.

"I'm very familiar with your work," I admit.

"I've been really craving something a bit more lively and energetic and irreverent."

He says he's flattered in a way that seems like he really means it, and when I ask whether he has any thoughts of doing comedy again, his face brightens.

"I've been really craving doing something — not necessarily both feet in comedy, but something a bit more lively and energetic and irreverent."

The other day, he says, he had a "huge epiphany" about a project that he's currently developing. "I just had this sort of eureka moment when I was watching the most unlikely thing, which was War Dogs," he explains. "I just love the tone and sensibility of that film. It coloured my perception of what the sensibility of this film I'm developing could be, but it also made me realise that that's the type of thing that I would really love to do next. Which isn't sort of straight comedy, but it's drama with a comedic bend."

We talk briefly about his passionate fan base, and I bring up our annual POPSUGAR March Man-ness poll, for which readers vote for their favourite male stars. "You've been in the top four for three years running," I tell him. "Pretty big deal."

With a smirk, he slowly repeats, "March Man-ness?"

I wonder aloud about his wildest fan encounters.

"I've had some impassioned encounters with fans. Lovely," he says. "But the most weird and disquieting was . . . I got a letter."

He nods. "It started off with the sort of standard, you know, 'Thank you for Sons, I really enjoyed it,' and blah blah blah. And then, 'I'm from Italy, I live in this area.' And then it ended with, 'So I don't want a picture. I'm sure most people request an autograph, but I was wondering if you would feel comfortable with sending me a lock of your hair, or perhaps a toenail."

"Stop." I burst out laughing.

He does too, leaning in to drop the punch line: "And then she said, 'Now this may seem fetishistic to you. And you would be right.'"

What a story. And here's the thing: If Hunnam thinks he has dedicated followers now, I can only imagine how many new fans he'll earn this Spring. His performance in The Lost City of Z is believable and captivating, and off screen, he's as kind as he is handsome.

I see what he means when he says that he has a thing or two in common with Percy Fawcett. In their own ways, both Hunnam and Fawcett are obsessive toward their work and partnered with strong, independent women who support their dreams.

But there are glimmers of Jax in him, too. Hunnam comes across as both tough and sensitive. He's disciplined and funny and reflective, dropping F-bombs with the same graceful ease that he says things like "lovely."

In other words: Like Fawcett, he's adventurous and inspiring in what he's reaching for. But you'd definitely want to have a beer with him, too. 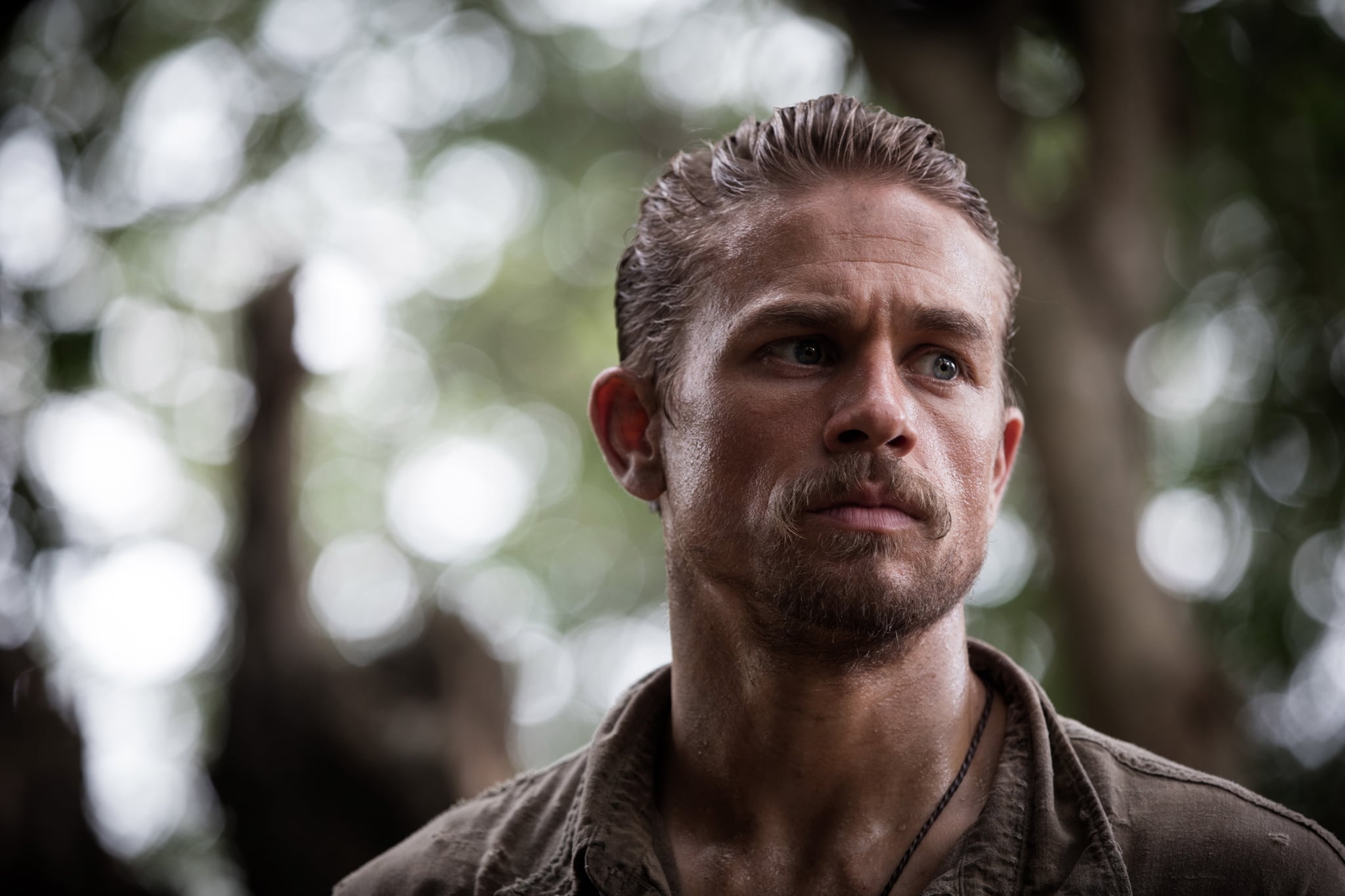