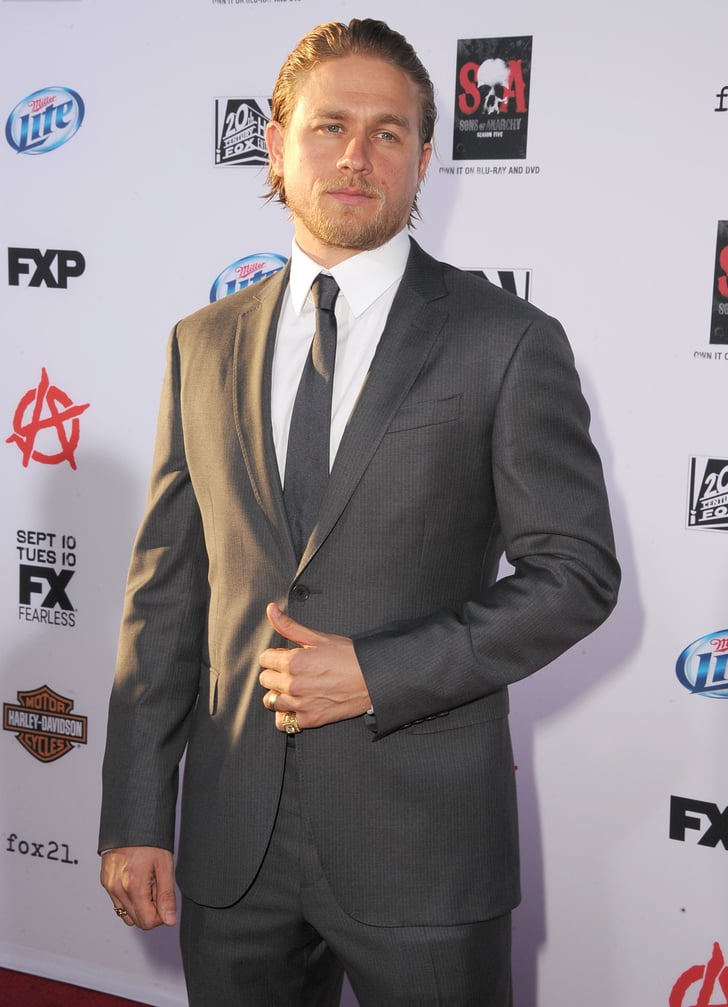 Charlie Hunnam hit the red carpet for the Sons of Anarchy season six premiere in LA on Saturday. The actor cleaned up nicely — really nicely — for the event, making us wonder if he could be giving us a preview of his clean-cut Fifty Shades of Grey character, Christian Grey. At the premiere, Charlie spoke out for the first time about playing the lead role in the film adaptation, telling ET Online that he is "so excited to be entrusted with this empowered character."

After it was announced last week that Charlie would be playing the lead role in the film adaptation, it seemed as though the Internet was abuzz with feelings of confusion, anger, and disappointment. Most of the backlash stemmed from the fact that Charlie, who portrays biker dude Jax Teller on the FX drama, doesn't quite have the same sleek, suave persona as Christian Grey does in the book (although he seemed to put his best foot forward for this premiere by stepping out in a crisp gray suit and slicked-back hair). Charlie addressed the mayhem, saying, "I had anticipated it — these books were a global phenomenon. I isolate myself, [so I] haven't been too aware of what's [going on in] social media." Well, Charlie, that's probably a good thing.

Charlie also revealed how he became Christian Grey and opened up about working with Dakota Johnson, who is portraying Anastasia Steele in the film. See more of Charlie's quotes — as well as photos of him looking hot on the red carpet — when you keep reading.

What do you think of Charlie's quotes? Are you beginning to see him as Christian Grey?