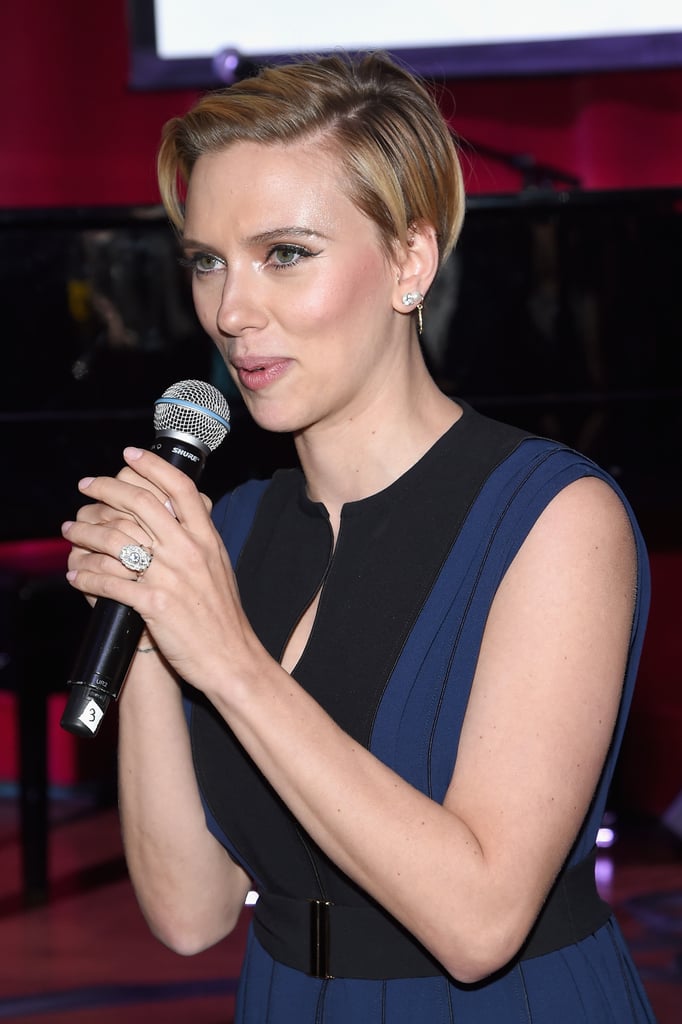 Yes, it's true — Scarlett Johansson is officially a married woman, and now we get a chance to look at her wedding ring. The actress flashed her band on Nov. 18 when she attended a Hurricane Sandy benefit with her twin brother, Hunter Johansson, in NYC. However, since there were no reports of Scarlett tying the knot with her then-fiancé, Romain Dauriac, the new addition to her ring finger went relatively unnoticed. (To be fair, it's hard to spot it under that massive engagement ring.) However, it has now been confirmed that Scarlett and Romain did indeed tie the knot in Philipsburg, MT, on Oct. 1. The pair kept their nuptials a secret for nearly two months, and they have yet to officially comment on the happy news. It's been a busy year for the couple, who welcomed their first daughter, Rose, in September.