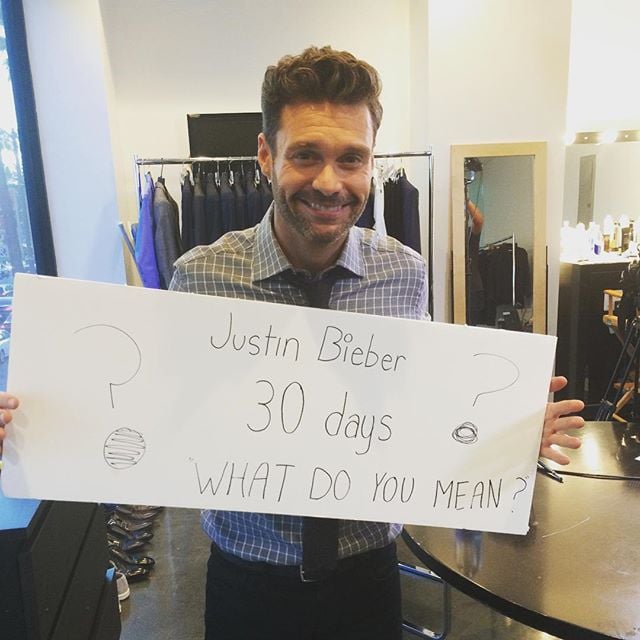 That is one star-studded lineup! Justin Bieber has recruited several famous faces to promote his new song, "What Do You Mean?" The 21-year-old Canadian first spoke of the headline-grabbing single when he stopped by On Air With Ryan Seacrest and announced its release date, Aug. 28. Justin explained that the ballad was written about girls, saying, "Well, girls are often just flip-floppy." He added, "They say something and they mean something else. So . . . what do you mean? I don't really know, that's why I'm asking."

Since then, he's gotten the support of celebrity friends like Mariah Carey, the girls from Little Mix, and Orange is the New Black's Ruby Rose to count down to the song's debut. Keep reading to see all the stars who are helping to build anticipation for Justin's upcoming single, then find out who Justin is collaborating with on a new song and check out stars you should follow on Snapchat.