Cheryl Cole wore a cute nautical top as she arrived at Radio 1 this morning for her interview with Chris Moyles. She chatted about The X Factor and defended Alexandra Burke when the subject of miming was brought up, and revealed she'll be recording her own performance for Sunday's X Factor. When questioned about the future of Girls Aloud, Cheryl confirmed the group have signed a three album deal, so they aren't splitting up. Cheryl was obviously excited when talking about her solo career, particularly when Chris debuted "3 Words", Cheryl's favourite song off the album, which is out on 26 October following "Fight For This Love" which is out on Monday. Check out a sampler of the must have album after the jump! 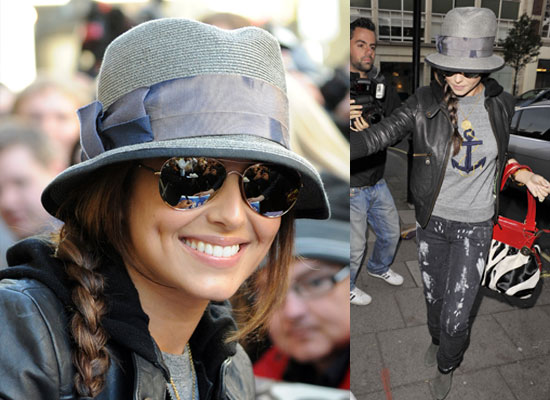 To listen to a sampler of every track on Cheryl's album 3 Words, just read more.