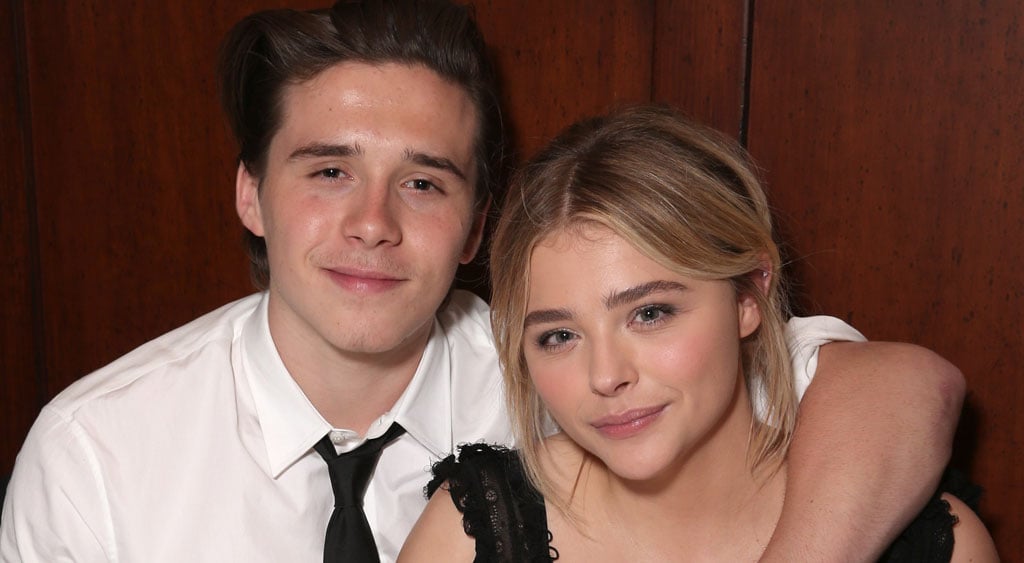 Chloë Grace Moretz and Brooklyn Beckham broke the hearts of their young fans everywhere when their adorable romance ended in September 2016. But now it seems that the couple, who shared so many sweet moments together, may be giving things another shot. On Monday, Brooklyn posted a black-and-white photo on Instagram that appears to show part of a woman's head of hair. "Can't wait till may 📕," he captioned the snap. While you may be thinking that the photo could be of anyone (maybe his little sister, Harper?), Chloë commented on the photo with a simple half-moon emoji. To put even more pieces of the puzzle together, the 20-year-old actress posted a photo of her own on Instagram on Saturday that shows two hands intertwined. Her caption? A simple half-moon emoji. Brooklyn, who recently turned 18, will finish school in May, so his caption could mean that he's looking forward to spending more time with his on-again girlfriend. Neither star has commented on whether or not they're back together, so we'll just keep a close eye on their Instagram accounts until then.

Can't wait till may 📕