Chris Hemsworth shows off his racing skills in the this week's new release, Rush, but once upon a time, he was famous for showing off some other talents. The Aussie actor appeared on The Tonight Show With Jay Leno this week to talk about his new movie and instead was confronted with a couple clips from his past. The first is a dramatic performance from the Australian soap Home and Away, and the second one is of Hemsworth shakin' it on the down under version of Dancing With the Stars. They're equally as entertaining, and I'll probably never look at Hemsworth the same way again. 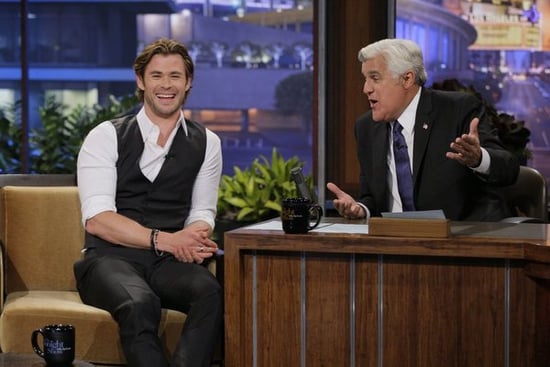 Check out the clip after the jump.