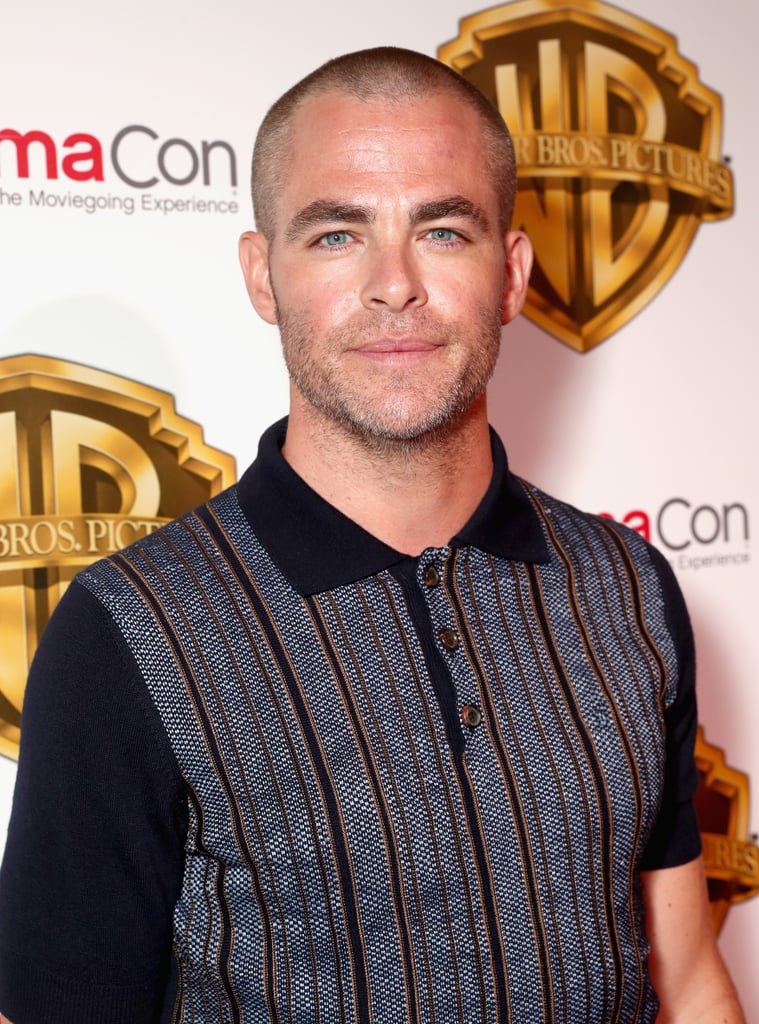 Chris Pine attended CinemaCon in Las Vegas on Wednesday to help promote the upcoming Wonder Woman film, in which he stars as Gal Gadot's onscreen love interest, Steve Trevor. This would have been a totally normal appearance if not for the fact that Chris showed up with a completely shaved head and face, meaning we no longer have his slicked-back 'do and salt and pepper beard to swoon over. He's definitely still Crush Pine in my eyes (that's just a little nickname I've given him), but as a fan of facial hair, I'm admittedly bummed. Thoughts on Chris's new look?