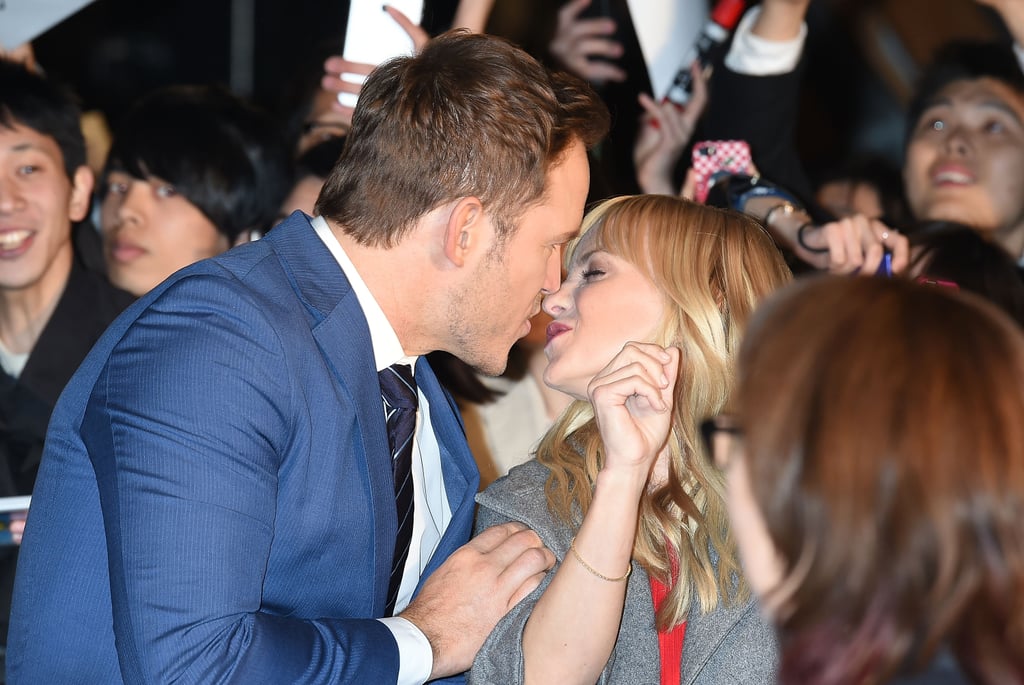 Chris Pratt kicked off his press tour for Guardians of the Galaxy Vol. 2 in Tokyo on Monday. The handsome actor cut a suave figure in a crisp blue suit and had wife Anna Faris cheering him on from the sidelines. In between talking up the film and posing for pictures with costars Zoe Saldana and Dave Bautista and director James Gunn, Chris stopped to give his wife a quick kiss on the red carpet. He later gave her a shout-out on Instagram, writing, "Thank you for the support honey! You look so beautiful. These press tours can be such a whirlwind. I'm grateful to have you and the boy with me on this one. Although it's 3:00am right now, I was just awakened by a square kick to the back as little man climbed into bed and then must have had a karate dream or something and now I can't sleep. I'm on insta instead. All you dads and moms know what I'm talking about. 😂♥️🙏👆👍🏼🙌"

Related:
A Look Back at Anna Faris and Chris Pratt's Sweetest and Most Hilarious Moments

Chris and Anna have been bringing joy into our lives since they first got together in 2007, and now that their son Jack, 4, is old enough to join in on the fun, hopefully he'll make an appearance at one of the film's upcoming premieres.