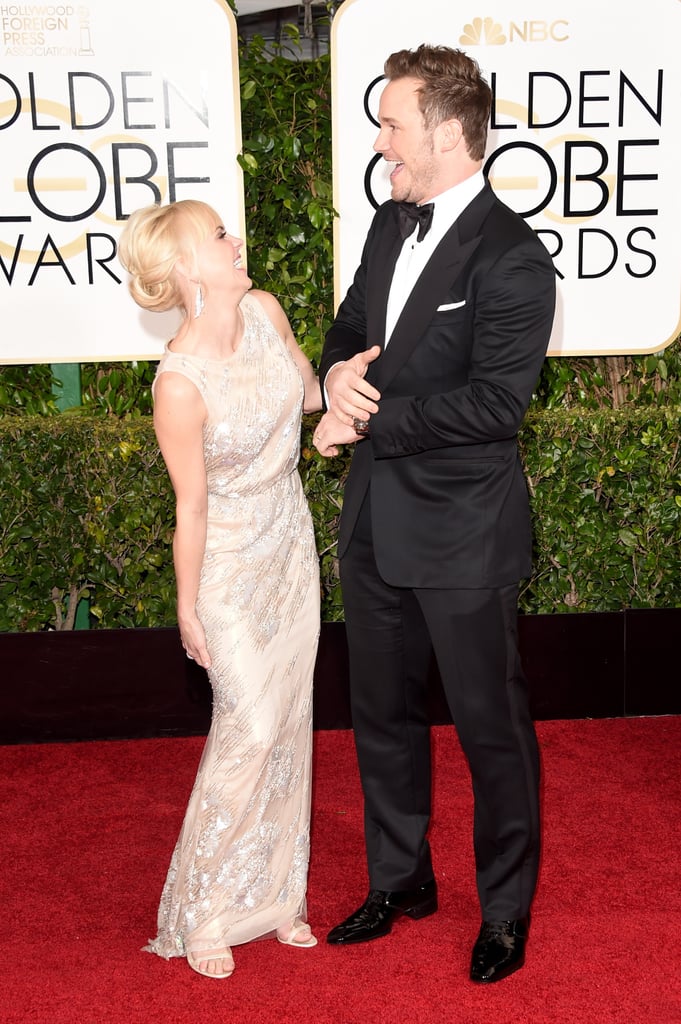 Cute couple Chris Pratt and Anna Faris stepped out for the Golden Globe Awards on Sunday, cracking each other up while they walked the red carpet. Chris is among this year's group of Golden Globe presenters, and he has a reason to be excited about this year's nominees, as he voiced the lead character for The Lego Movie, which is nominated for best animated film. He and Anna have had a fun start to award season — Chris made an adorable cameo with Anna at the People's Choice Awards, where she hosted alongside her Mom costar Allison Janney. Check out the best snaps of the pair's night, and then see all the celebrity couples at the Golden Globes!