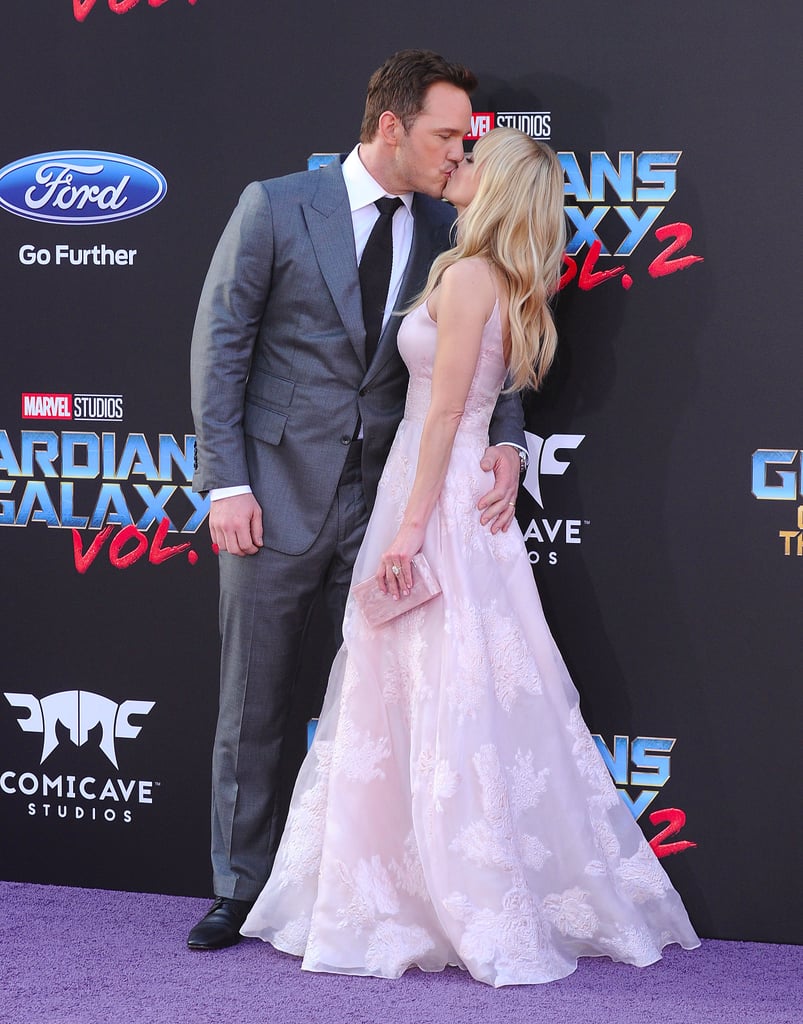 Chris Pratt and Anna Faris will always be one of our favourite Hollywood couples (seriously, what is there not to love?). The pair stepped out at the Hollywood premiere of Chris's new film, Guardians of the Galaxy Vol. 2, on Wednesday night, and to say their antics will make you laugh out loud is an understatement. After Anna documented their day getting ready on Twitter, including sharing a hilarious photo of their son, Jack, 4, peeing outside in the bushes, the two got all dressed up to hit the purple carpet. In addition to being adorable and sharing a kiss for photographers, Chris also grabbed his wife's bum and did an awkward prom pose from behind her. Their night out comes just a few days after they hit the movie's red carpet in Tokyo, where they flaunted their PDA for fans. We genuinely wouldn't mind if these appearances became an everyday thing.