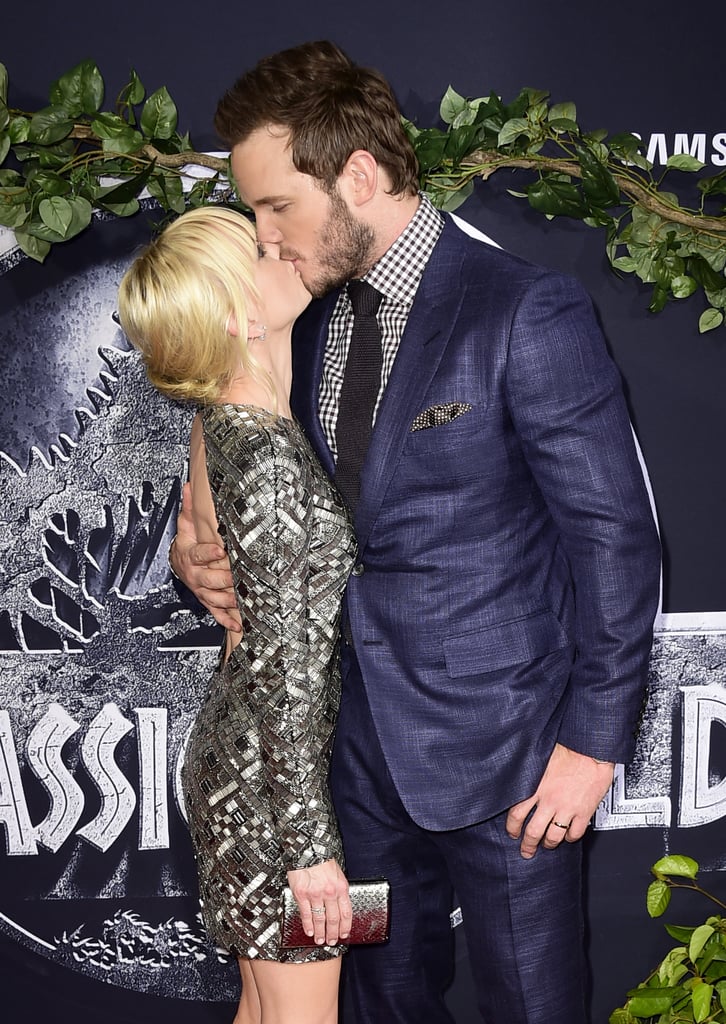 Chris Pratt suited up for a dapper appearance at the Jurassic World premiere in LA on Tuesday, posing for pictures and casting sweet glances at his wife, Anna Faris, on the red carpet. While getting ready for the event, Chris shared a hilarious video of himself barking orders at his team, following it up with the cutest video of his arrival with Anna, which ends as he tells her that she looks "so beautiful." This week's premiere marks the latest moment in Chris and Anna's fun red carpet history, but they weren't the only stars who stepped out for the big night. Sofia Vergara walked the red carpet with Joe Manganiello, and Chris's costar Bryce Dallas Howard stunned in a glamorous gown, while Jake Johnson flashed a big smile for the cameras.

Over the past couple weeks, Chris has been sharing sweet and hilarious pictures and videos from his press-tour travels, including a must-see video of his impressive musical skills. Keep reading for all the best pictures from the movie's LA premiere, and before the film hits theaters later this week, check out all the Jurassic World pictures and some seriously hot GIFs of Chris Pratt rocking his tight t-shirt.