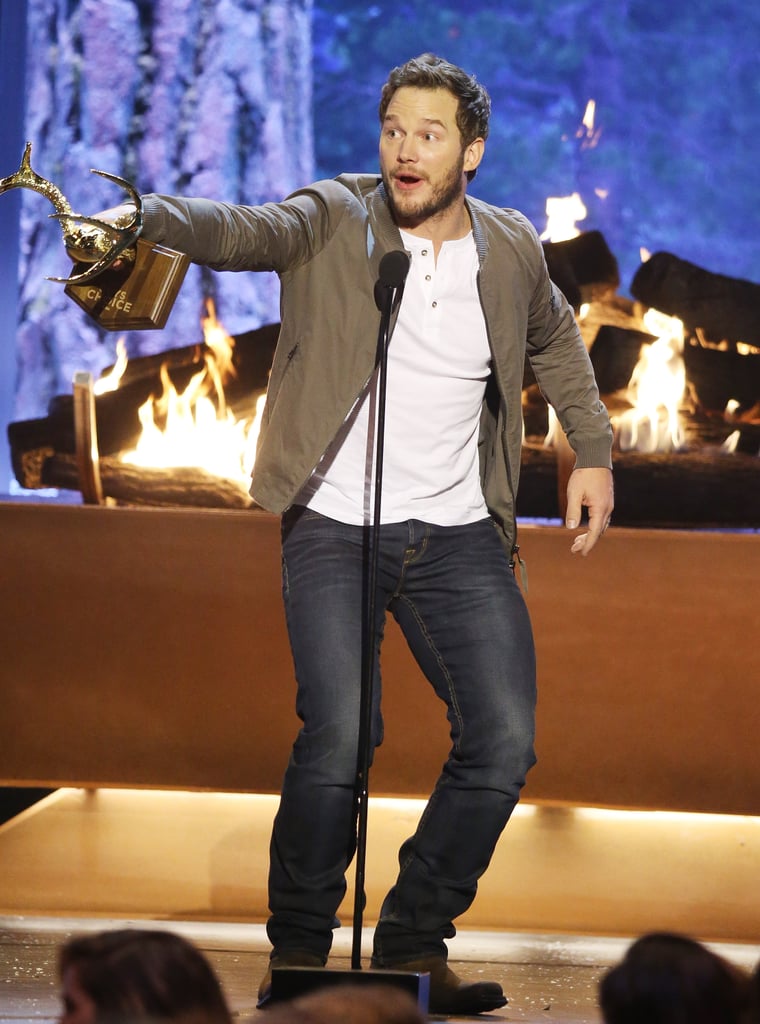 Chris Pratt took home quite the honour at the Spike TV Guys Choice Awards in LA on Saturday. The actor was all smiles when he hit the stage to accept the guy of the year award. His Guardians of the Galaxy costar Zoe Saldana was on hand to present him with the giant gold antler trophy. The two stars posed for smiley snaps backstage, and Chris also made time for Jake Gyllenhaal. For his big night, Chris looked hot in a casual jacket, t-shirt, and jeans, adding to the list of reasons he's so lovable.

The guy of the year title was given to Matthew McConaughey and Ben Affleck in the past two years, and it's no secret why Chris earned the honour for 2015. On the heels of last year's success with his starring role in Guardians of the Galaxy, the 35-year-old actor wrapped up his time on Parks and Recreation in February. Next week, the sexy star will hit the big screen as the lead in the buzzed-about blockbuster Jurassic World, and in the meantime, he's also busy cracking up fans with his hilarious Instagram snaps and making them swoon with his hot appearances. Keep reading for the best pictures of Chris at the Guys Choice Awards, which will air on June 18, then look back at Chris's Hollywood evolution. 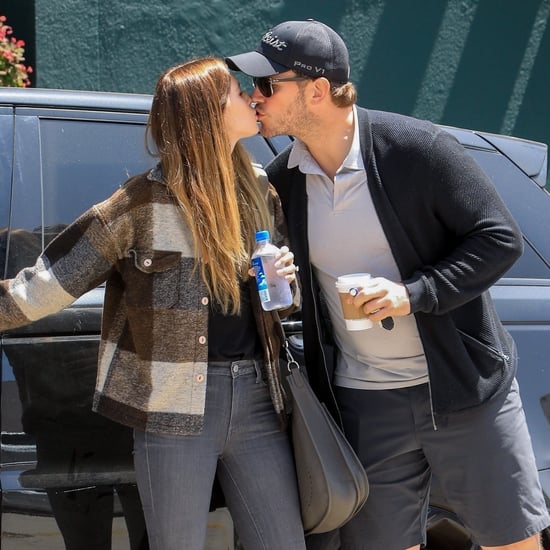