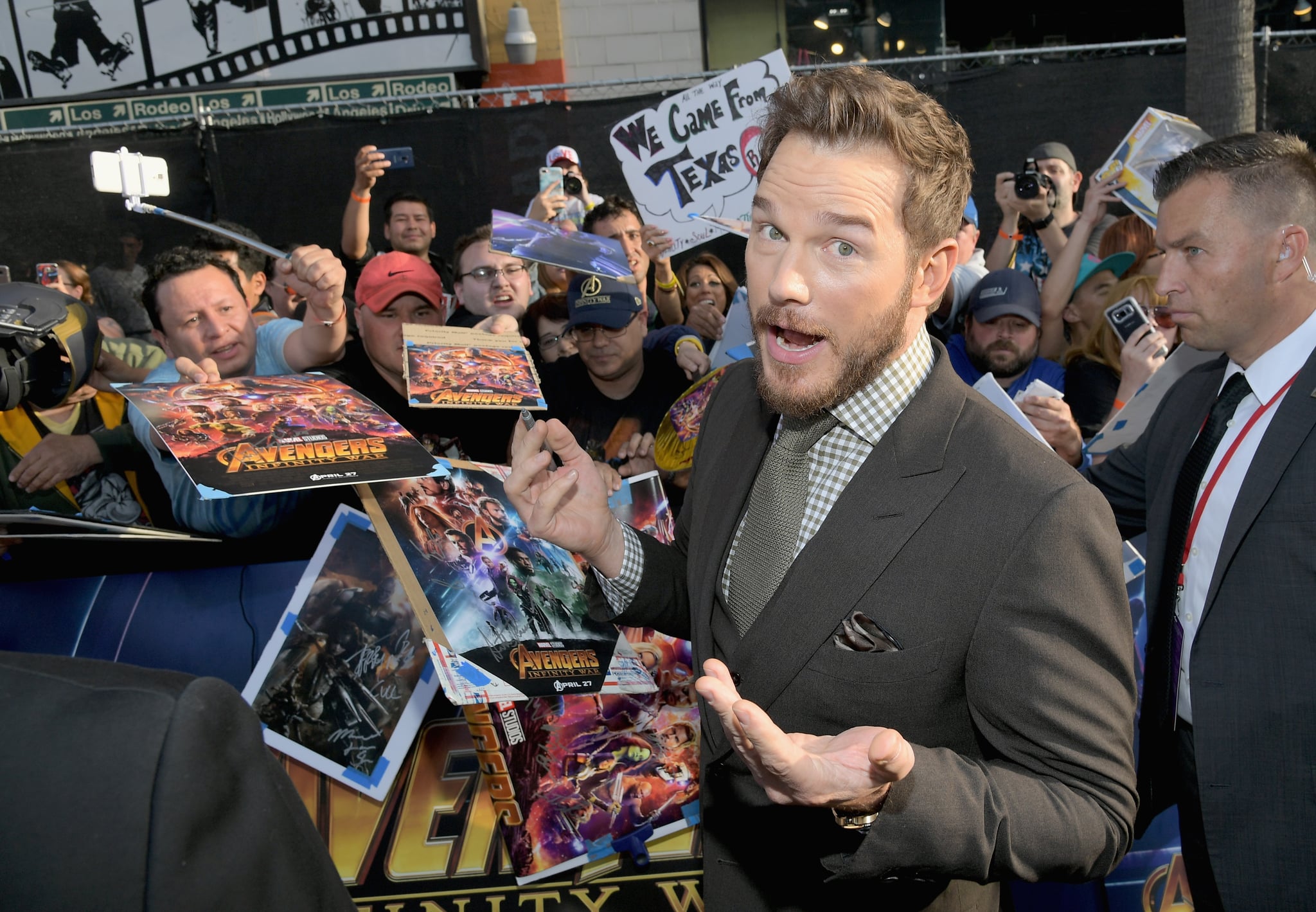 It's a truth universally acknowledged that little kids are brutally honest, especially to their parents. It doesn't even matter if you're a freakin' superhero or a Guardian of the Galaxy, small children can still cut you down to size with their painfully frank opinions, even if they don't mean anything by it. In fact, Chris Pratt recently shared his own experience with E! News at the LA premiere of Avengers: Infinity War.

"He's seen, I think, just about every Marvel movie," Chris told the publication of his 5-year-old son, Jack. When asked whether his own heroic character, Star-Lord, is Jack's favourite of the bunch, Chris admitted, "You know, for some reason he doesn't like me as much. Maybe he's just cool." Ouch!

So which hero does cut it for Jack? "He's a huge Spider-Man fan," Chris revealed. "He's like, 'I like Black Panther, Spider-Man.'" No hard feelings, right, Dad?

Chris and Anna Faris have been open about lovingly coparenting their son since their separation, and Chris's laid-back attitude about not being Jack's favourite hero definitely proves he's a dad who can roll with the punches. Still, we have a feeling Star-Lord will grow on Jack when he's old enough to realise how cool his old man is!