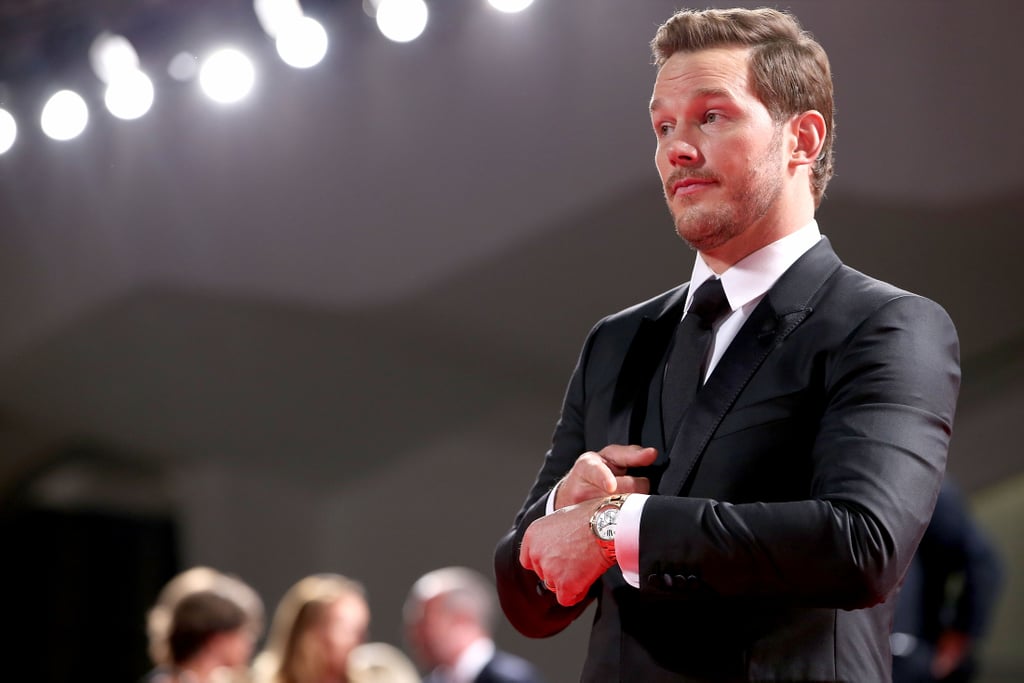 After showing off his budding bromance with Denzel Washington in Toronto on Thursday, Chris Pratt jetted off to Italy for the Venice Film Festival. On Saturday, the actor pulled double duty, attending both a photo call and a premiere for his latest film, The Magnificent Seven. Chris made two debonair appearances in Dolce & Gabbana and was all about the fans as he signed autographs and posed for selfies. This time around, though, instead of checking his watching on the red carpet like he usually does, Chris smirked at the audience and pointed at his watch, fully aware that his fans have caught on to his go-to red carpet pose. Too funny!