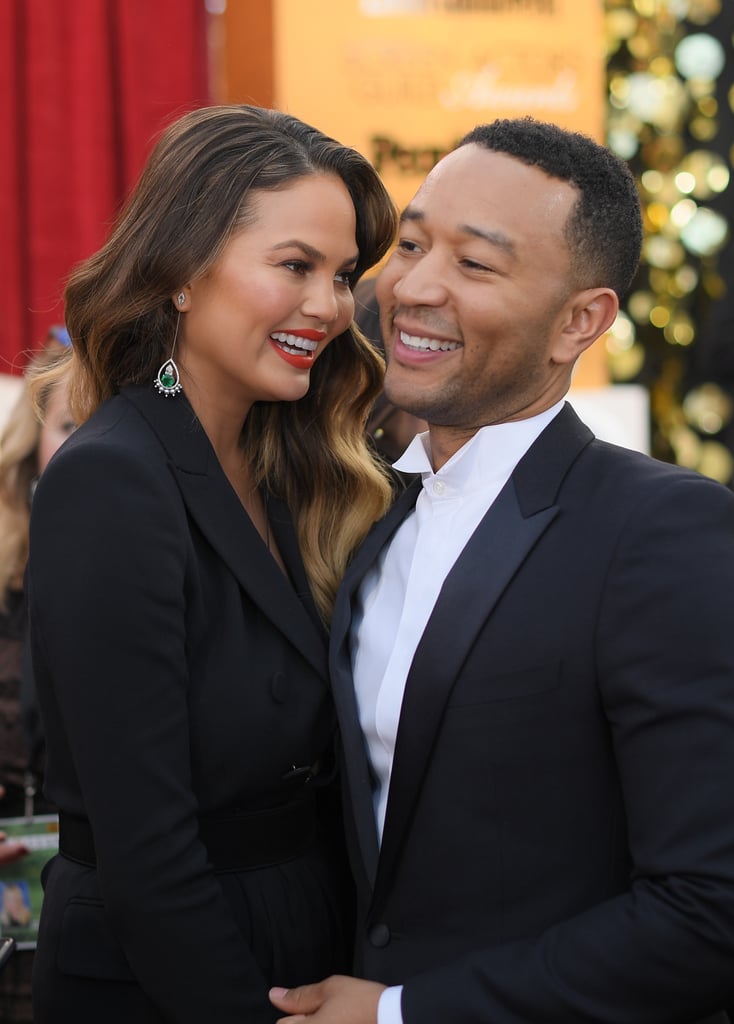 Chrissy Teigen and John Legend kicked their typical date night routine up a notch on Sunday evening. The adorable duo stepped out for an appearance at the Screen Actors Guild Awards at LA's The Shrine Auditorium, where they lit up the red carpet with their infectious smiles. Chrissy and John, who recently had an extremely unpleasant encounter with a member of the paparazzi, seemed to be having a blast in front of the event's photographers, holding each other close and letting loose a few giggles. The appearance follows their glam outing at the Producers Guild Awards on Saturday, where John wowed the crowd with a passionate speech criticising Donald Trump's ban on refugees. It's safe to say that the only way they could possibly have looked cuter is if they'd brought their incredibly sweet daughter, Luna.