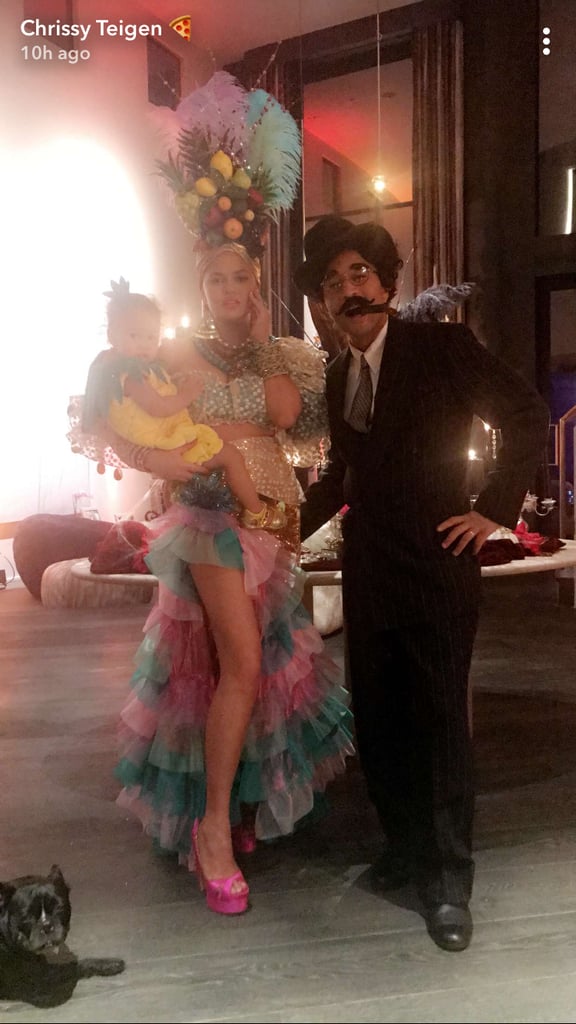 Chrissy Teigen and John Legend went all out for their Halloween costumes this year. The sickeningly sweet couple, who tied the knot in September 2013, paid homage to the 1947 musical comedy Copacabana by dressing up as Carmen Miranda and Groucho Marx. Not only was the model's flashy headdress full of fruity details, but they even dressed their daughter Luna up as a pineapple to complete the group costume. After posing for a family photo at home, the pair continued the festivities at their Halloween party in LA by snapping a few pictures in the photo booth. Seriously, this might top Luna's adorable pop-culture costumes from last year.

Celebrity Instagrams
Lindsay Lohan Marries Bader Shammas: "I Am the Luckiest Woman in the World"
by Sabienna Bowman 2 days ago