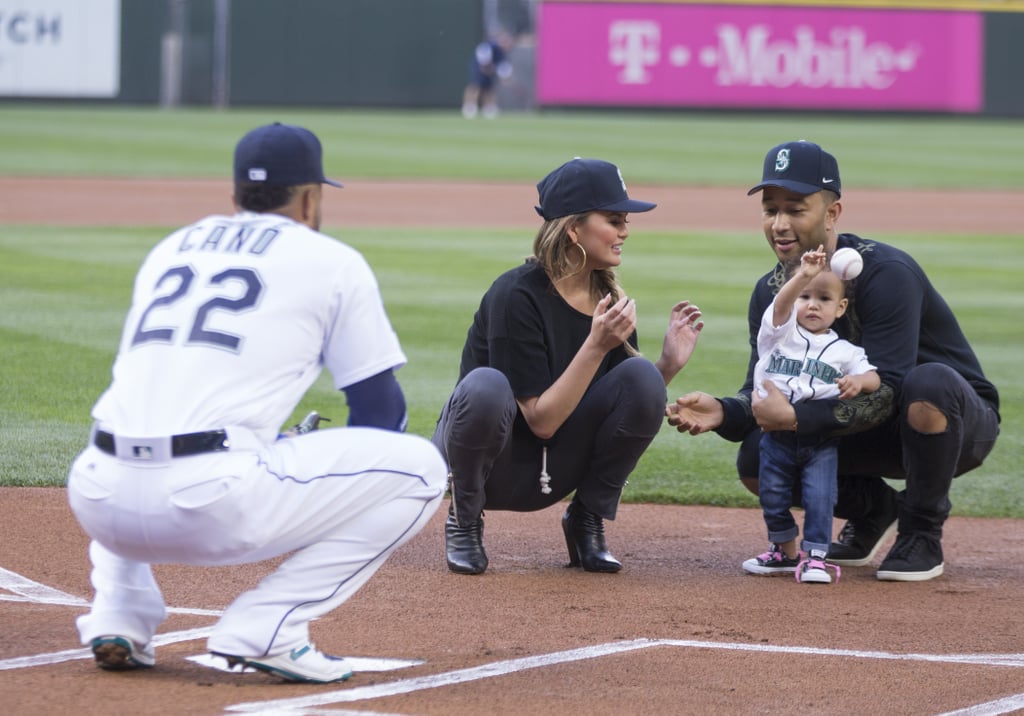 Chrissy Teigen and 1-year-old daughter Luna are currently on tour with John Legend, and on Tuesday, the brood squeezed in some quality family time at the Seattle Mariners game in Washington. While John and Chrissy looked adorable as always, it was little Luna who ended up stealing the show. With help from her mum and dad, Luna likely melted the entire crowd into a puddle when she took to the mound and threw the first pitch before the Mariners faced off against the Minnesota Twins. Naturally, Chrissy and John shared photos from their fun outing on Instagram later that evening. "Proud papa #LunasFirstTour," John captioned a snap of him holding Luna on the baseball field.

Related:
7 Things You Still May Not Know About Chrissy Teigen and John Legend

Back in 2014, Chrissy hit the field at Dodger Stadium in LA to throw out the ceremonial first pitch. Despite drinking margaritas with her dad before the big event, the model threw a nearly perfect pitch while also looking sexy in a pair of blue short shorts and knee-high socks. Clearly Chrissy passed on her baseball skills to Luna.