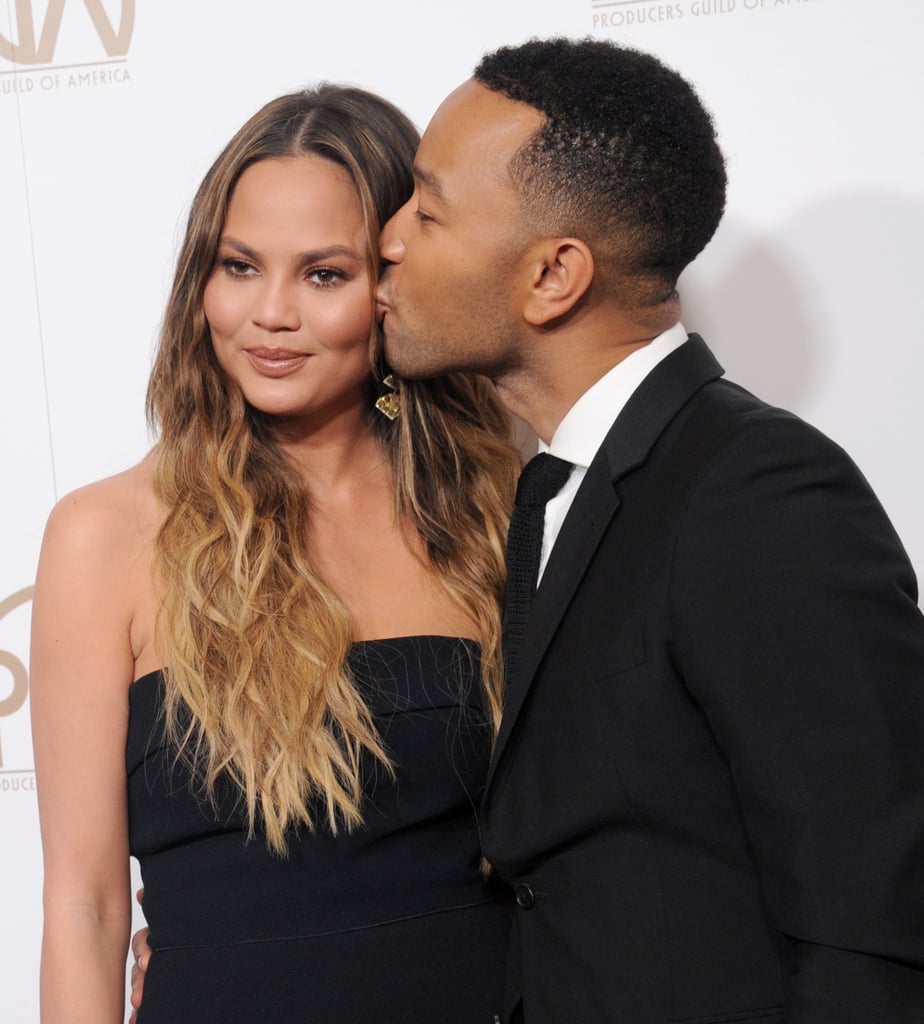 Chrissy Teigen and John Legend continued to flaunt their enviable romance when they popped up at the Producers Guild Awards in Beverly Hills on Saturday night. John kissed Chrissy on the cheek on the red carpet before stepping aside and letting Chrissy have her moment in the spotlight. Once inside, John took the stage to introduce La La Land, but before that, he responded to Donald Trump's ban on refugees, saying, "I won't pretend that La La Land is a political film, but I do want to take a second to talk about what's happening in our country right now. This is a film about love, about dreams and about this lovely city we call home, Los Angeles, California."

He continued, "Los Angeles is the home of so many immigrants, so many creative people, so many dreamers, and those of us who work in this business have the privilege of shaping how the world perceives this country we love . . . Our America is big, it is free, and it is open to dreamers of all races, all countries, all religions. Our vision of America is directly antithetical to that of President Trump. And I want to specifically tonight reject his vision and affirm that America has to be better than that." Well said, John.