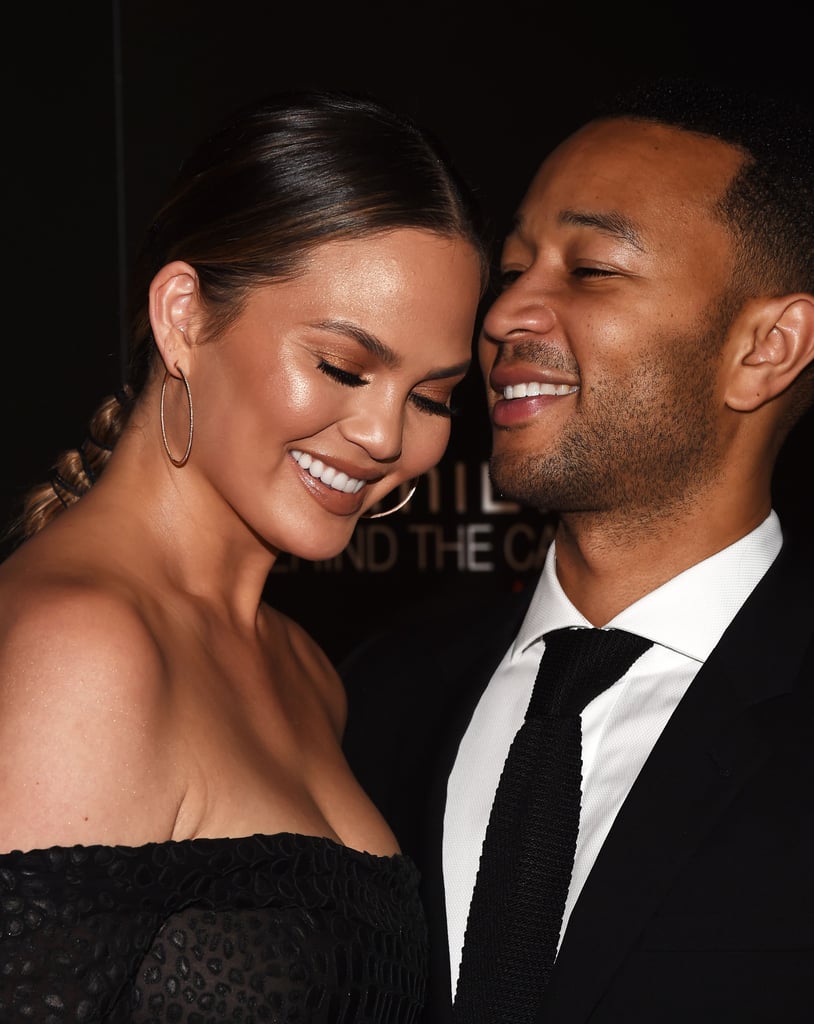 Chrissy Teigen and John Legend were their adorable selves when they hit the red carpet on Sunday night at the Hamilton Behind The Camera Awards hosted by LA Confidential magazine. The parents of baby Luna flashed sweet smiles and showed a little PDA as they posed for photos together. In addition to John staring lovingly at Chrissy, they appeared to share an inside joke as the singer whispered in his wife's ear and nuzzled her neck. We vote they either get these photos framed or John uses one as his next album cover