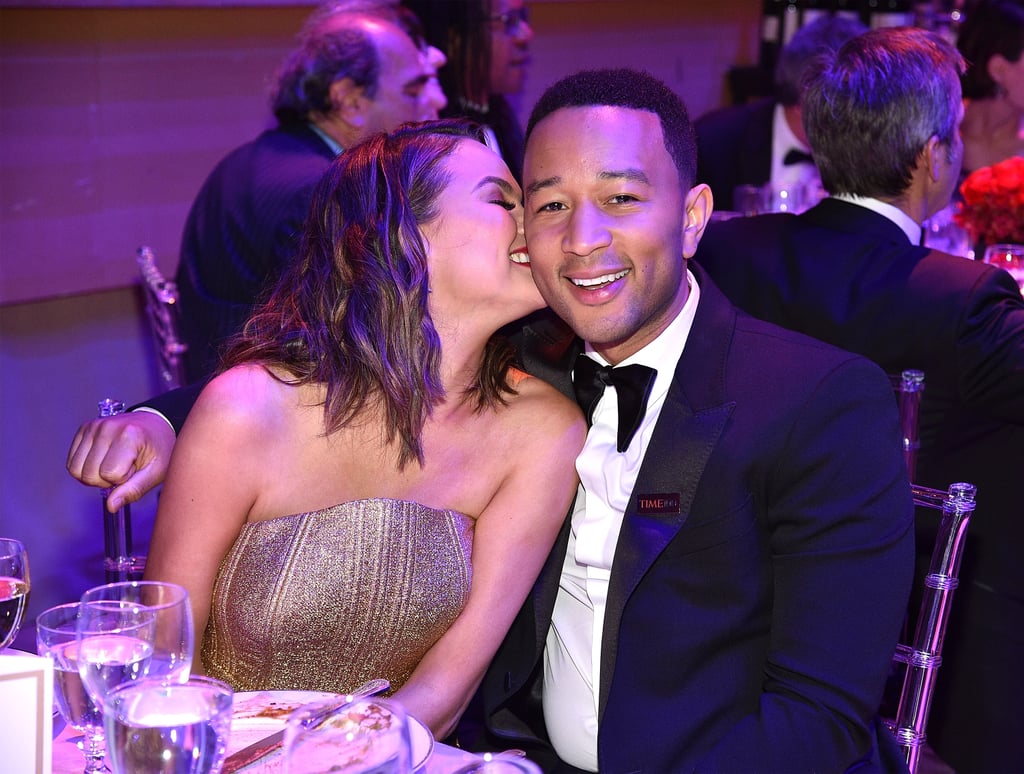 Chrissy Teigen pulled double duty in NYC on Wednesday, popping up at two high-profile events. She first attended the annual City Harvest Gala before heading over to the Time 100 Gala to watch husband John Legend perform. The R&B crooner hit the red carpet solo, and despite being named one of Time's 100 Most Influential People this year, he told ET that someone else deserves the prize. "My wife [is the most influential person in my life]," he gushed. "We spend a lot of time together, we know each other really well, we get along pretty well too, she's very influential. She makes me cooler than I would be normally." Of course, being a supportive husband isn't anything new for him. John has publicly supported Chrissy during her recent battle with postpartum depression. "I'm just doing what a husband's supposed to do," he said. "You shouldn't get an award for that, just doing my job."

Once inside the glamorous event, the duo linked up with Ryan Reynolds and Blake Lively, who were also having quite the night. The pair was joined by Ryan's mum, Tammy, and had a hilarious encounter with Saturday Night Live star Leslie Jones.