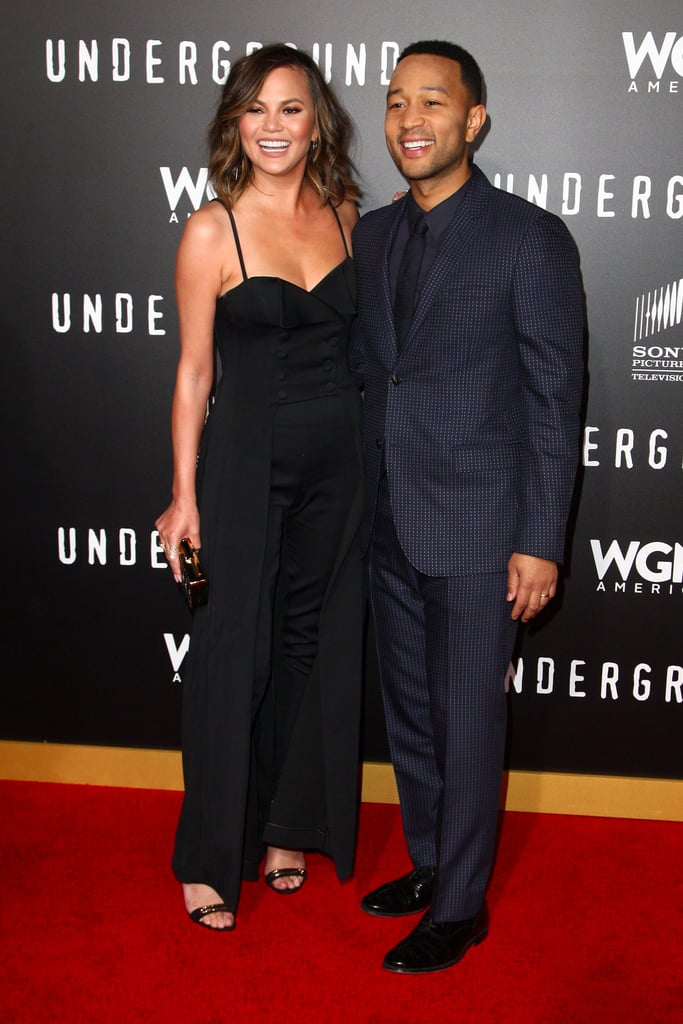 No Rest For the Cute: Chrissy and John Hit Another Red Carpet Just 2 Days After the Oscars

Chrissy Teigen and John Legend must be fuelled by their love for each other, because their energy is just never-ending. The adorable couple hit the red carpet at the season two premiere of WGN America's Underground in LA on Tuesday, just two days after they attended the Oscars. The parents of daughter Luna were all smiles as they posed for photos with each other and members of the show's cast. Chrissy and John also shared a few laughs before heading inside. John, who is a producer on Underground, is probably still on a high from his amazing Oscars performance, and Chrissy is probably a little bit more awake since she took a nice little snooze in the middle of Hollywood's biggest night.