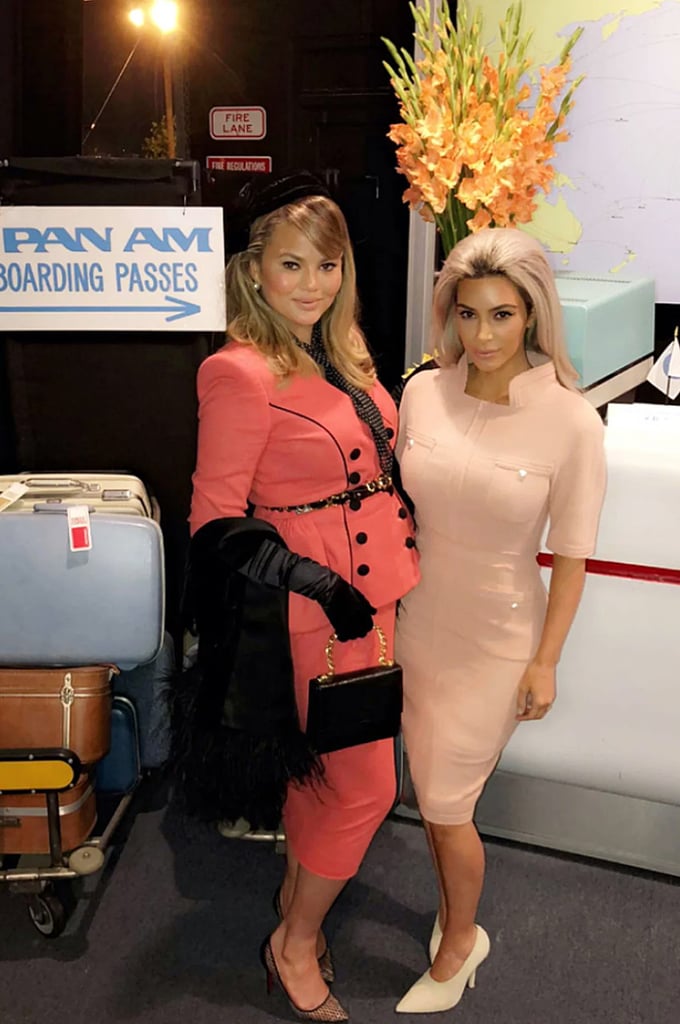 Leave it to Chrissy Teigen to come up with the cutest idea for a birthday party. The Sports Illustrated Swimsuit model and cookbook author, who recently announced she's expecting baby number two with husband John Legend, rang in her 32nd birthday on Thursday night with a Pan Am-themed bash. The retro occasion was hosted at Air Hollywood's Pan Am Experience, and plenty of Chrissy's A-list friends were in attendance.

Close pal Kim Kardashian documented her night celebrating Chrissy's birthday on her Instagram story, snapping photos of everything from the flight attendants roaming the party to piles of Pan Am's signature blue luggage. Kim also brought along husband Kanye West and mum Kris Jenner. Although the latter two didn't seem to be dressed up, almost everyone else at the party went all-out with their chic '60s costumes. Kim wore a baby pink ensemble reminiscent of Jacqueline Kennedy Onassis, while Chrissy opted for a peplum suit in a darker shade.

See some of the photos from their night out at the faux terminal ahead!