Chrissy Teigen is pregnant! The model and cookbook author shared the exciting news on Tuesday with an adorable Instagram video in which she points to her stomach and asks her 1-year-old daughter Luna, "What's in here?" To which the little one replies, "Baby!" Chrissy hilariously captioned the snap, "It's John's," to which John playfully commented, "Maury will have the final word on this."

Later that day, Chrissy gave fans a glimpse of her growing belly on Snapchat, sharing her excitement over not having to hide her bump anymore. 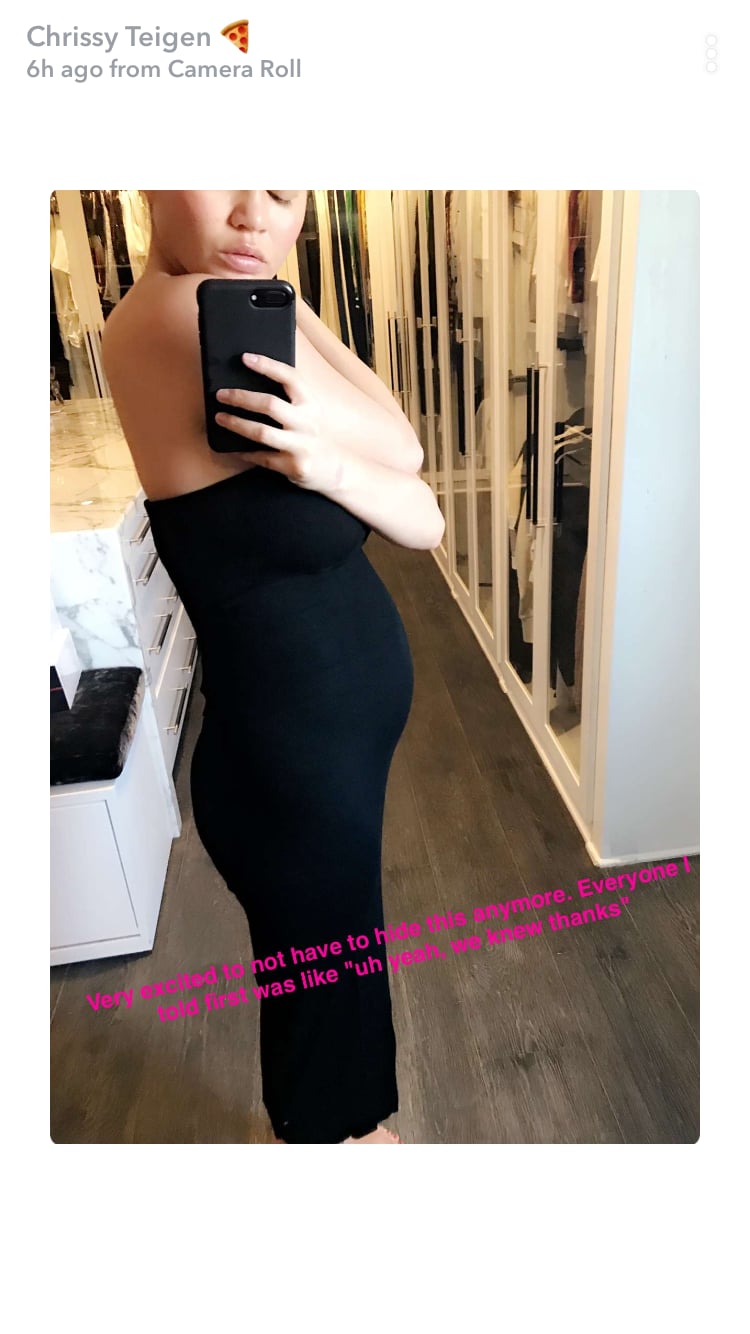 Chrissy and John tied the knot in 2013 and welcomed Luna three years later. Chrissy has been open about her struggles with infertility and postpartum depression in the past and recently told Marie Claire that she and John wanted to add to their family. "I would definitely adopt or have foster children," she revealed. "But I loved being pregnant." Congrats to the couple on their growing family!

Related:
2017 Will Be Extra Exciting For These Pregnant Stars
Celebrity InstagramsChrissy TeigenCelebrity Pregnancies

Bikinis
Thongkinis Are the Major Swimsuit Trend Spotted on J Lo, Kim Kardashian and More
by Naomi Parris 5 days ago