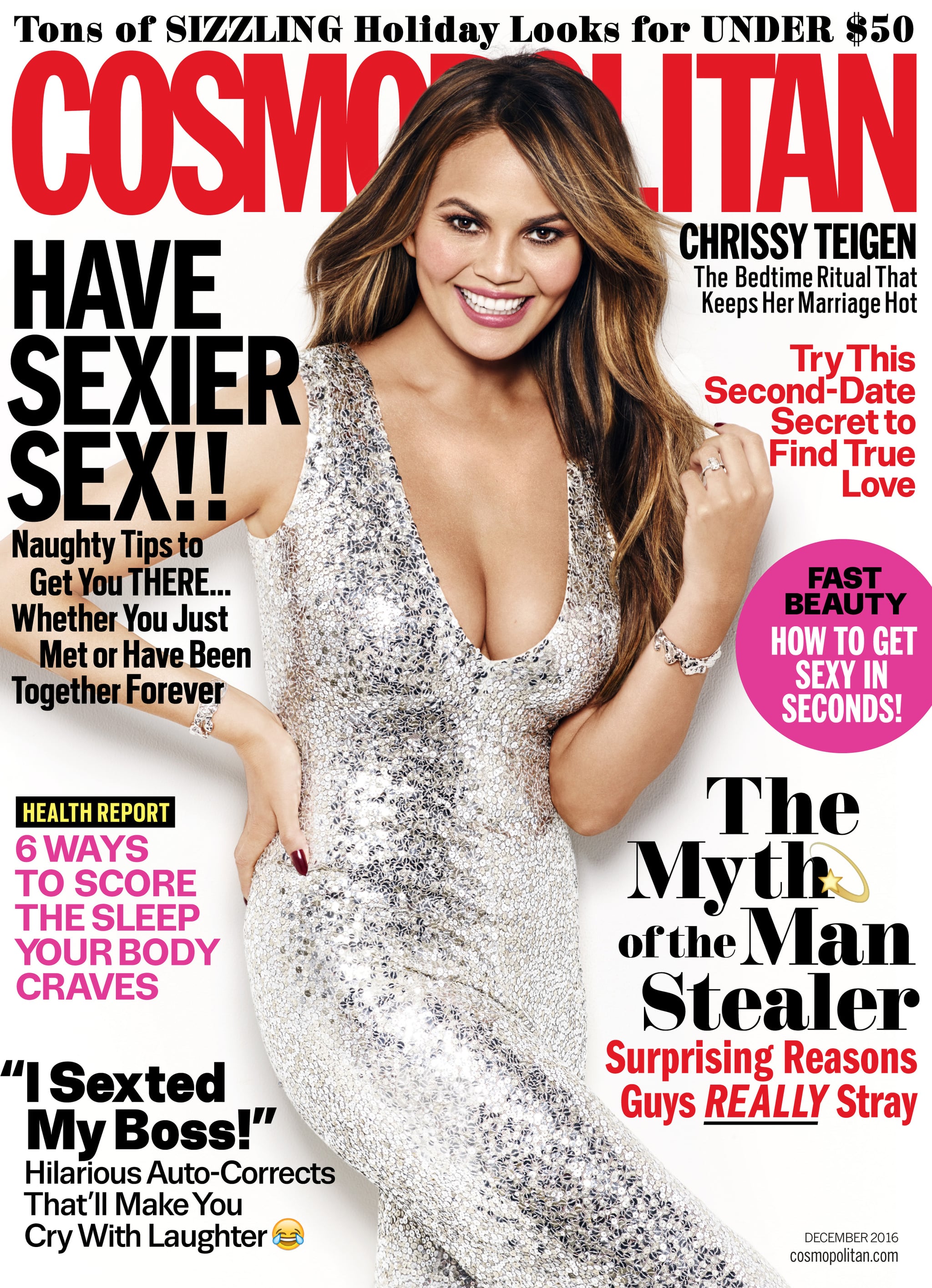 Just when you think Chrissy Teigen can't get any more relatable, the supermodel, social media star, and cookbook author outdoes herself with yet another hilarious story. Chrissy took a break from dressing daughter Luna up in five million Halloween costumes to pose for Cosmopolitan US's December issue, where she also revealed her reaction to meeting John's ex-girlfriends. "I didn't know it, but John used to be a notorious modelizer. To me, he was the sweetest teddy bear," she said. "What's funny is that I get along with everyone he's ever been with. I end up really liking them. After I see them, I'll tell him, 'Oh, I was on set with your ex today — it was fun!' It was before me, so it's fine."

The power couple has had a seemingly endless amount of adorable moments since they began dating in 2007, but she told Cosmo that there was a bump in the road. "Early on in the relationship, I was on tour with him and he'd gotten sick. He was feeling really bummed and stressed out," she said. "He was like, 'I can't be in a relationship right now.' That lasted for one day. Literally, a day. I knew it came from a place other than us not working . . . I always joke, 'Remember when you tried to break up with me?' He's like, 'Yes, sorry. Big mistake.'" As we all know, John and Chrissy had a very happy ending. After patching things up, they tied the knot in a lavish 2013 ceremony, and welcomed their daughter earlier this year.