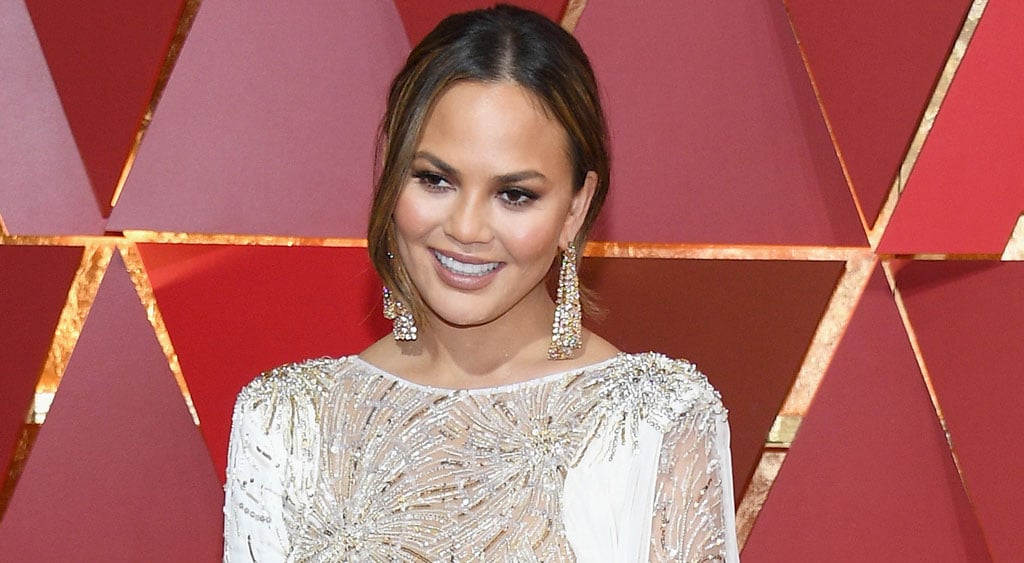 Few people were having as much of a good time on the Oscars red carpet than Chrissy Teigen. In addition to flaunting her goals-worthy relationship with husband John Legend, the Twitter queen also finally met her celebrity crush Sunny Pawar. Apparently all the excitement tired her out, though. Once the show got going, there was a cut-away shot to Meryl Streep sitting in the audience, and although most eyes were on the 20-time Oscar nominee, something was up with a certain Sports Illustrated model in the background. The moment happened during Casey Affleck's acceptance speech for best actor, and it sure looks like Chrissy is taking a nap on John's shoulder. If we were constantly shutting down social media trolls, whipping up delicious meals, hanging with our adorable daughter, and tired of all these unfair wins in 2017, we'd probably want to take a quick snooze, too.