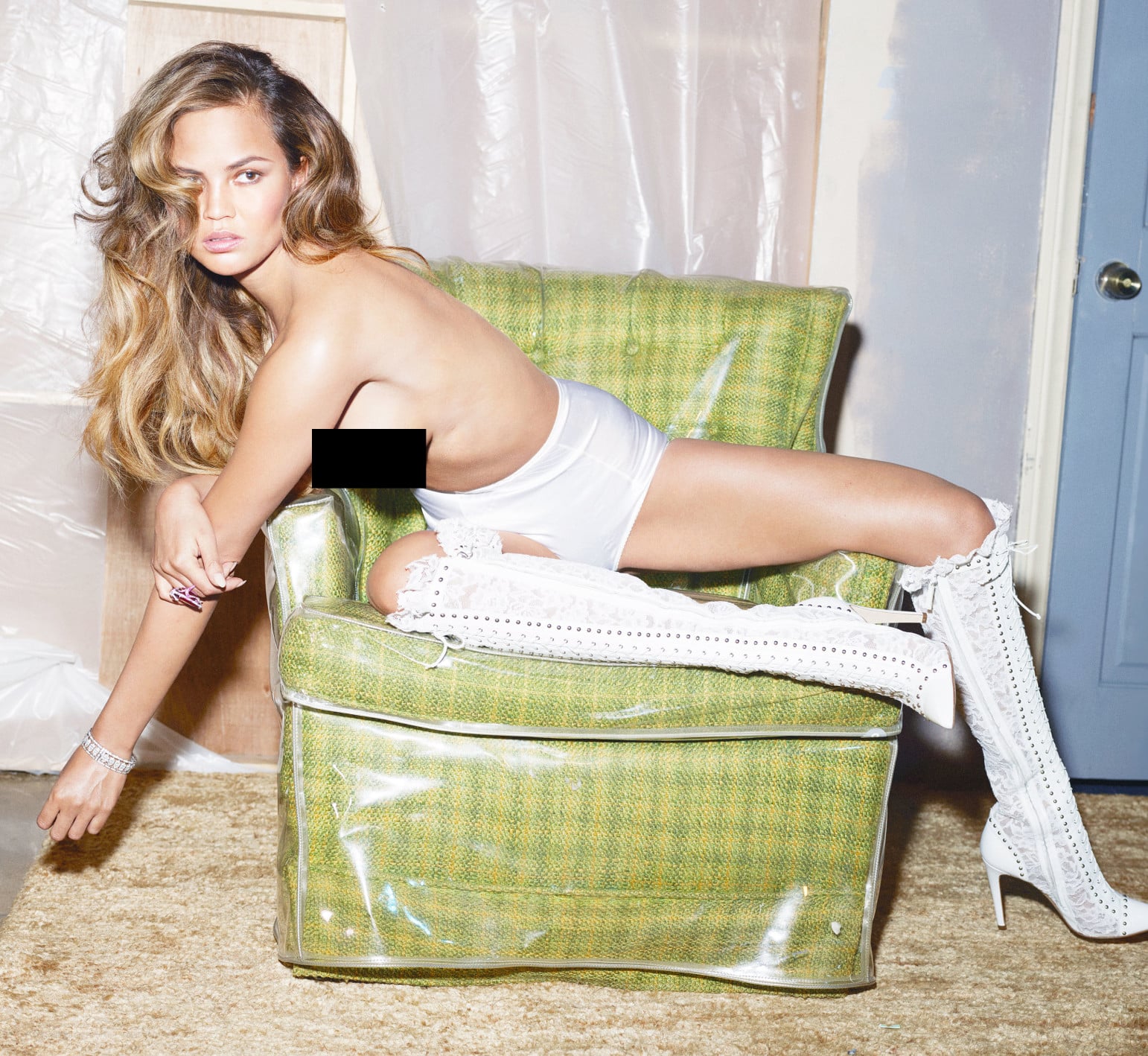 Chrissy Teigen has proven once again that her sense of humour has no limits. The supermodel dared to bare her nipple in an Instagram of her racy W magazine photo shoot on Monday. Given the social media channel's established policy about photos featuring breasts (remember Chelsea Handler's topless pictures?), it was only a matter of time before Instagram removed her picture. And that they did. Still, the picture kept people talking, and by Wednesday, Chrissy became a top-trending topic on Facebook.

As the story gained steam, Chrissy couldn't help but read some of the comments about her. "I like that she's like F it that baby Fd my body up but so what," one user seemingly wrote about the picture, implying that Chrissy's body may have changed after giving birth. The only problem is, Chrissy is not yet a mum. Chrissy screen-grabbed the comment and shared it with this hilarious caption: "I can't stop laughing #thatbabyf-----upmybodybutsowhat #nobaby."