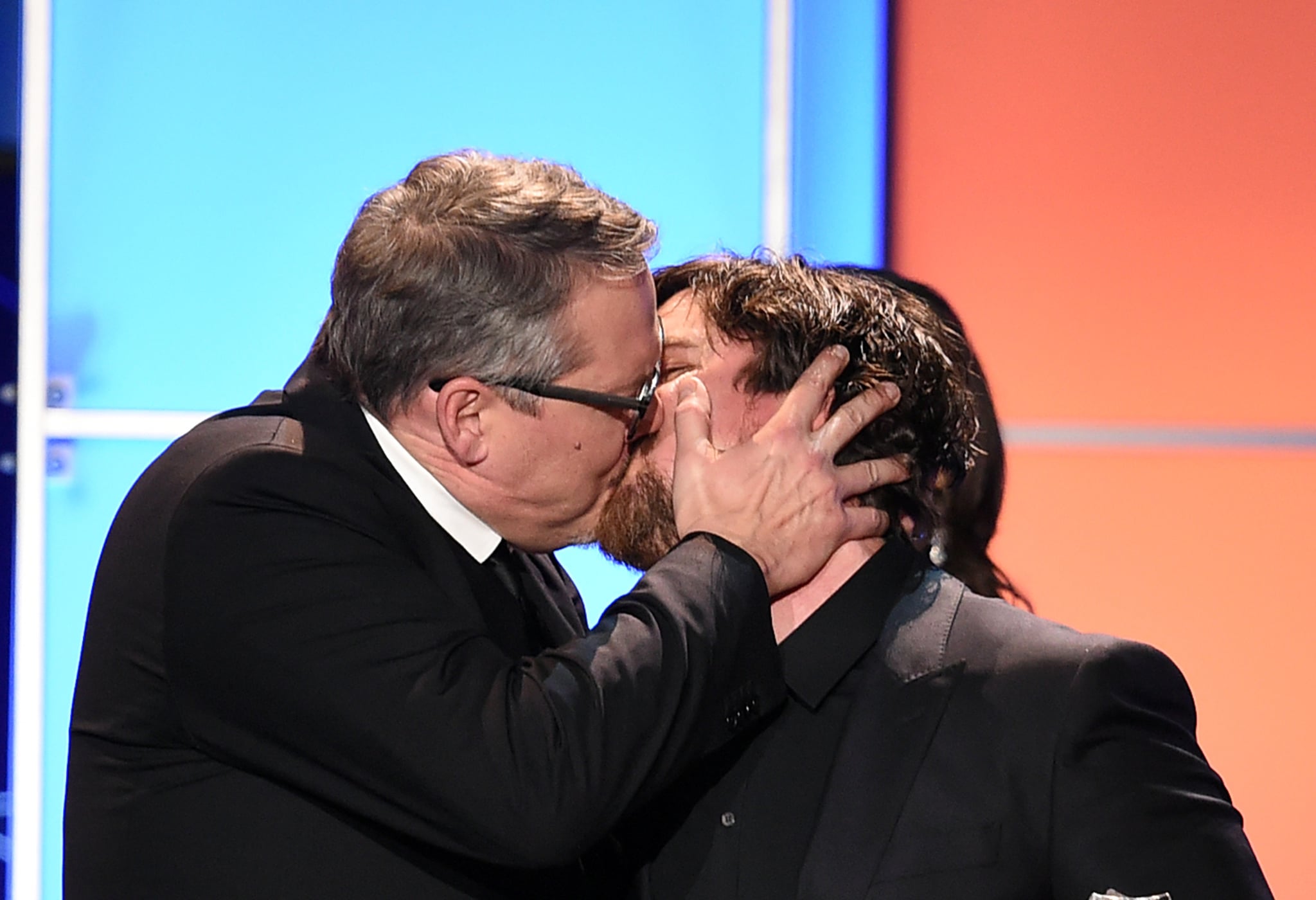 Before Christian Bale took the stage on Sunday night to accept the Critic's Choice Awards for best actor in a comedy for his role in The Big Short, the actor excitedly turned around and kissed his wife, but what you didn't expect to see was the awkward kiss between him and director Adam McKay that followed. But that wasn't all! Shortly after, The Big Short won the award for best comedy and when the cast took the stage, Christian and Adam shared yet another kiss, only this time it happened on stage. "Collaborative love between Christian and I, don't judge it," was the justification given! Relive the two kisses below, and then check out all the winners from the night!