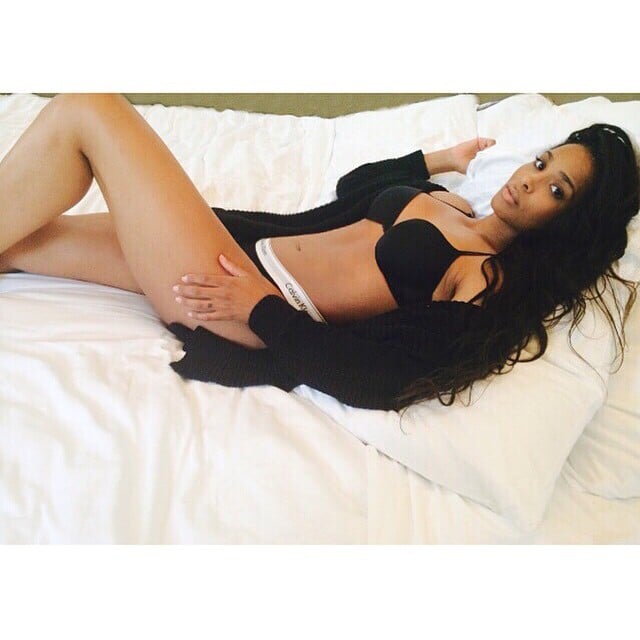 Ciara Strips Down to Her Underwear After Losing 60 Pounds

Ciara showed off her postpregnancy physique in Calvin Klein underwear on Instagram, revealing a toned body in supersexy shots she posted on Friday. In one picture, the singer reclines on a bed and countless pillows while looking into the camera. "I feel so proud to say that 4 months after delivering a 9 lbs. 10 oz. baby, I can finally rock My Calvin's!" she captioned the snap. Ciara traded the black set of garments for gray pieces for another shot in which her midriff is front and center. "60lbs later!!" the singer wrote, recognising how much her body has changed since she gave birth in May to Future Zahir Wilburn, her son with rapper Future. It's been a bittersweet year for the singer, however, since she reportedly called off her engagement to Future after allegations of infidelity emerged in August. Ciara isn't letting her personal challenges hold her back, though: she shared a triumphant message in one of her Instagram captions, writing, "After Delivering My Son I Feel Like There's Nothing I Can't Do. I Feel Like I Can Conquer The World. #ANewMe #NewMusic." Scroll through to see Ciara's second close-up, and then find out what she recently told POPSUGAR about her life as a new mom and getting her body back.