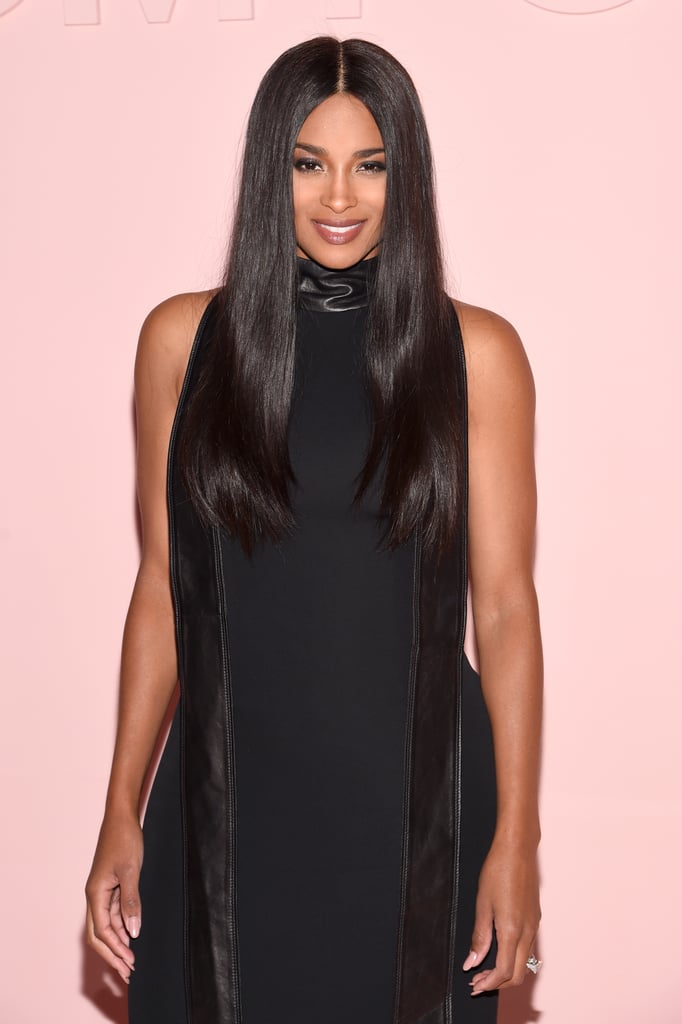 Ciara looked all sorts of beautiful when she stepped out at the Tom Ford runway show during New York Fashion Week on Wednesday night. The singer worked her postbaby body on the red carpet before heading inside the star-studded show, which also brought out pal Kim Kardashian. Not only did the event mark Ciara's first public appearance since welcoming her second child, daughter Sienna Princess Wilson, with husband Russell Wilson back in April, but it was also the first time we saw Kim since her exciting baby news broke earlier in the day. Sadly, Russell didn't make an appearance — perhaps he stayed home with Ciara's son, Future?