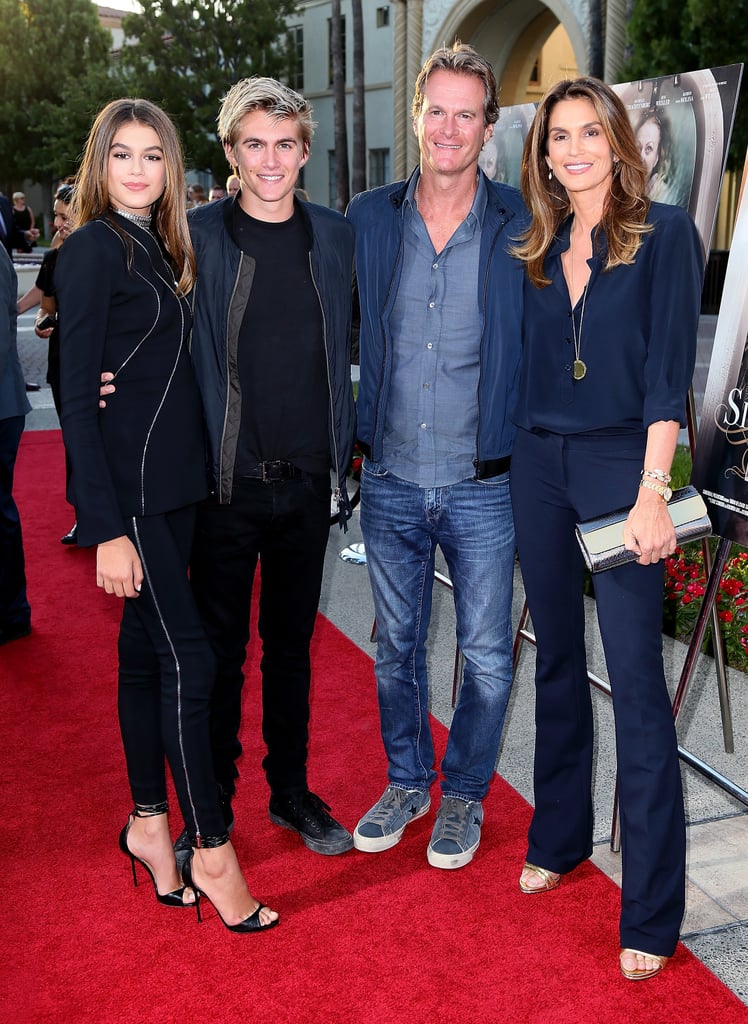 Kaia Gerber had the support of her loving family — mum Cindy Crawford, dad Rande Gerber, and brother Presley — at the premiere of Lifetime's Sister Cities in LA on Wednesday night. The model, who makes her acting debut in the film, struck a handful of gorgeous poses alongside her family before making her way inside the Paramount Theatre. The movie stars Troian Bellisario and Michelle Trachtenberg, and is about four estranged sisters who reunite after their mother's alleged suicide. In addition to the film, Kaia is also featured in Teen Vogue's September issue. As part of her interview, the soon-to-be 15-year-old was interviewed by Cindy, and discussed everything from how the modelling world has affected her to how Cindy decided to allow her daughter to follow in her iconic footsteps.