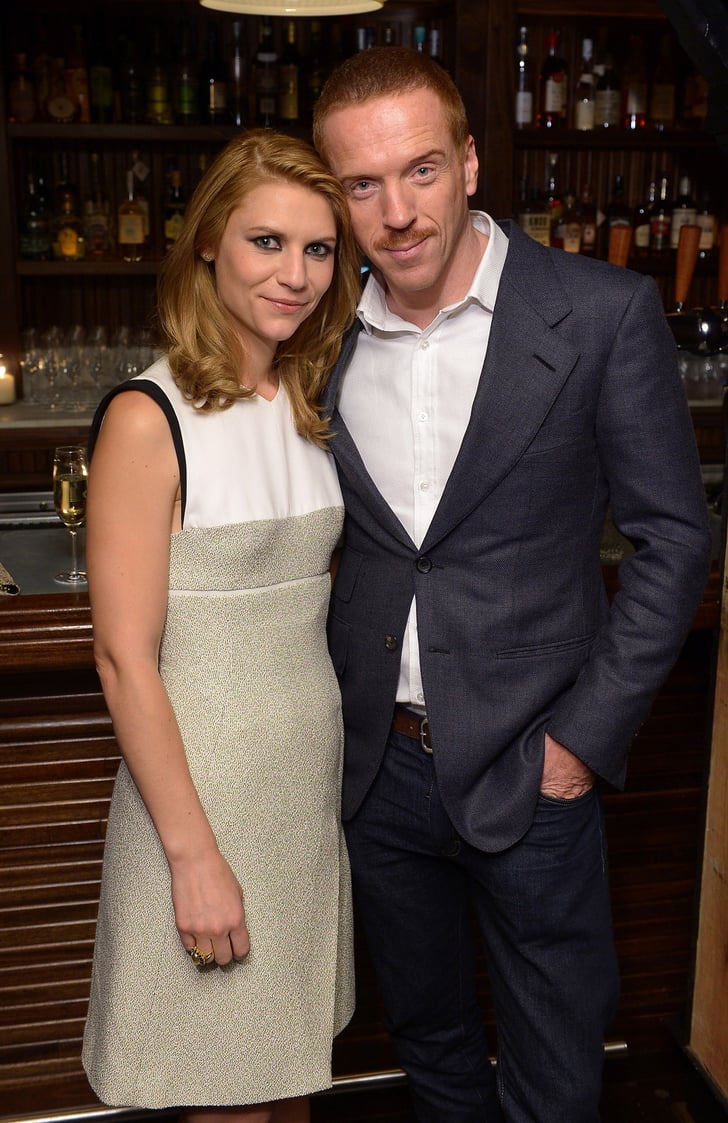 New redhead Claire Danes looked like she could be Damian Lewis's sister when she joined up with the actor for a special screening of Homeland in NYC on Thursday. Claire and her strawberry-blond locks weren't the only big hair changes for the Homeland cast as Damian also put his new mustache on display. The actor revealed on Twitter earlier this week that he is partaking in the annual Movember fundraising event where men grow 'staches to raise awareness and money for prostate cancer research.

MOVEMBER!! Find your inner spiv and grow a mo this month to raise awareness for Prostate Cancer. pic.twitter.com/XVrxiBDM5d

Hopefully Claire and Damian's new 'dos will win over the fashion crowd as Anna Wintour dropped by the event to chat with Claire, who was featured on the cover of Vogue earlier this year. Be sure to share your own opinion on the actress's new look and vote in our Claire Danes hair poll.