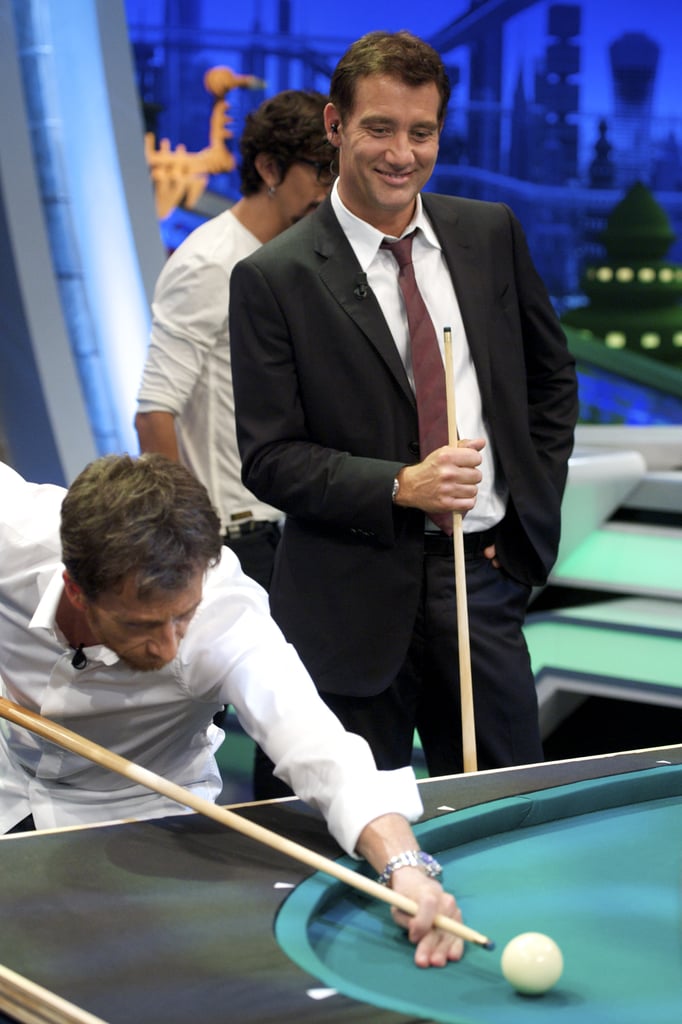 Happy Friday! Here are some hot pictures of an animated Clive Owen appearing on the Spanish TV show El Hormiguero yesterday afternoon. He looked handsome, as usual, while chatting with the program's host and even gamely playing a round of pool. Clive is making the media rounds to chat up his two newest movies. His Intruders opens in Spain today while Killer Elite hits theaters in various European countries later this month. Clive has just wrapped up a busy Summer of jet-setting. He completed work on James Marsh's Shadow Dancers, which costars Andrea Riseborough and Gillian Anderson and is now prepping to report to the set of Cities. In the latter, Clive will play a hedge fund manager living the high life in the run up to the all-time Dow Jones stock market high. Aside from all the filmmaking, Clive's also indulged his philanthropic side. Clive is one of the many stars appearing in The F Word PSA for One along with George Clooney, Jessica Alba, Bono, and more.