While back in Blighty we've been freezing, Coleen Rooney ended her week in the Caribbean in yet another bikini on the beach! This time it was a lighter silvery colour to show off the tan she's acquired while sunning herself and playing in the sea with family and friends. Wayne's back at home tending to a hamstring injury, but as we saw earlier this week she's been spending plenty of time on the phone, no doubt checking in with her poorly hubby. It's not all fun though, as she had a little trouble with her red bikini while in the sea — something no one wants to happen when the paparazzi are about! 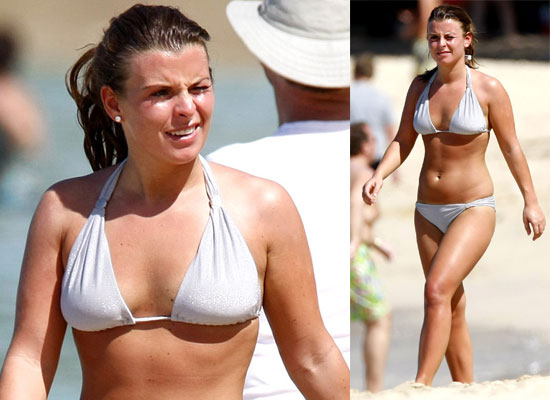