The King's Speech won big at the SAG awards last night! First, Colin Firth won the honour for outstanding male actor, then the film scored the award for outstanding cast in a motion picture. Firth, Geoffrey Rush, and Helena Bonham Carter stopped by the press room with their statues to talk about how the film has moved people, and why winning this particular award feels perfect for them. 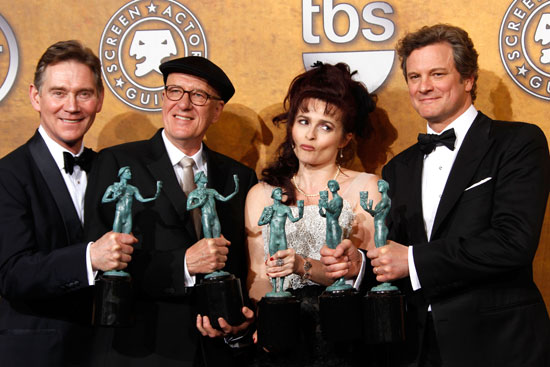 Make you sure you get to read all my press room highlights and be sure to vote on all of our SAG winner polls!