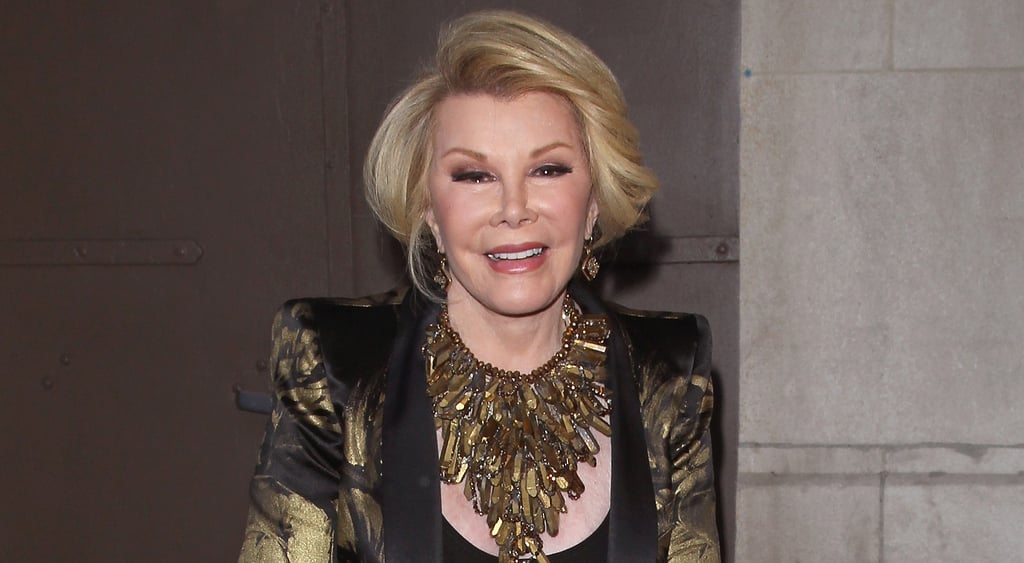 Joan Rivers passed away on Thursday morning at age 81, People reports. The news came directly from her daughter, Melissa Rivers, who released a full statement:

"It is with great sadness that I announce the death of my mother, Joan Rivers. She passed peacefully at 1:17pm surrounded by family and close friends. My son and I would like to thank the doctors, nurses, and staff of Mount Sinai Hospital for the amazing care they provided for my mother. Cooper and I have found ourselves humbled by the outpouring of love, support, and prayers we have received from around the world. They have been heard and appreciated. My mother's greatest joy in life was to make people laugh. Although that is difficult to do right now, I know her final wish would be that we return to laughing soon."

Joan's passing comes after she was hospitalised last week when she stopped breathing during a throat procedure at a local clinic. She was rushed to Mount Sinai Hospital, where she was put in a medically induced coma, which doctors reportedly began taking her out of on Sunday. Her daughter released two earlier statements saying her mother was in good hands and that they were hoping for a recovery.