You might know Conor Oberst better as Bright Eyes - the moniker under which he works alongside bandmate and producer Mike Mogis – but he's releasing his next album this month as himself, with the Mystic Valley Band. He chatted with Paste magazine's ed-in-chief Josh Jackson (not that one) about music, Mexico and religion. 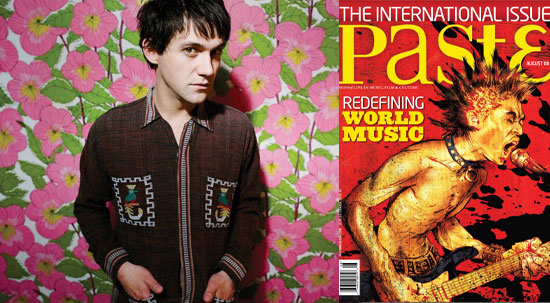 The religion discussion stemmed from Josh asking about the numerous identifiably Christian references he heard in Conor's music, which struck him as odd as the musician is an atheist – here's a few excerpts:

To read what Conor has to say about mortality, the quest for answers, and his Catholic family just read more

Pick up August's Paste magazine for the rest of the interview, in which Conor speaks about recording his album in Mexico as well as much more. You can also hear Conor's fab self-titled album ahead of release at his website right now!