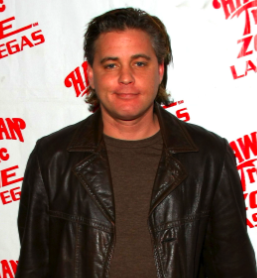 I'm sad to report that Corey Haim has been found dead at the age of 38. The LAPD have said that it seems he died from "an apparent overdose" — thought to be accidental — and that they were called to St. Joseph's hospital in Burbank, California shortly before 4am PT to investigate.

Corey starred in The Lost Boys among other movies, and was a huge star in the 80s. He recently made a comeback alongside fellow 80s star Corey Feldman in TV series The Two Coreys.

Our thoughts are with his family and friends at this sad time.