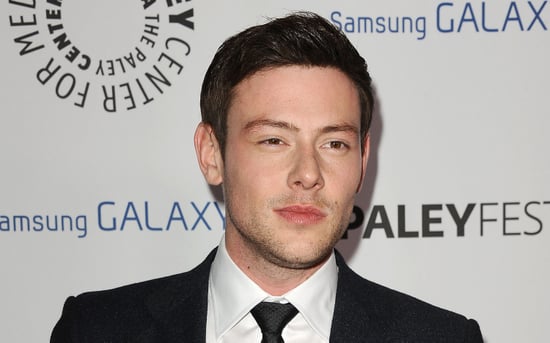 Update: Lea Michele's rep has released a statement to POPSUGAR in the wake of Cory Monteith's death. It reads, "We ask that everyone kindly respect Lea's privacy during this devastating time." FOX also released a statement, saying, "We are deeply saddened by this tragic news. Cory was an exceptional talent and an even more exceptional person. He was a true joy to work with, and we will all miss him tremendously. Our thoughts and prayers are with his family and loved ones."

Cory Monteith has died at age 31. The actor, best known for his role as Finn Hudson on Glee, was found dead in Vancouver's Fairmont Pacific Rim hotel yesterday. Cory was dating his costar Lea Michele, and the pair had been seen together last month at the Chrysalis Butterfly Ball following his voluntary stint in rehab, which ended in April. A cause of death was not apparent to police, who said Cory was found dead by hotel staff after he failed to check out on time, but they do not suspect foul play. In a press conference, Vancouver's acting police chief said an autopsy is scheduled for Monday.

Cory's publicist confirmed the sad news to POPSUGAR with a statement that read, "We are so saddened to confirm that the reports on the death of Cory Monteith are accurate. We are in shock and mourning this tragic loss."